At 14h07 on Sunday the 6th of September, NSRI Strandfontein were activated following eye-witness reports of a drowning in progress at Mnandi Beach.

On arrival on the scene Law Enforcement Marine officers launched rescue craft from the beach and recovered the body of an 11 year old unidentified male, believed to be from Philippi, from the water and once on the beach Fire and Rescue Services paramedics declared the male deceased.

It appears that a group of children, believed to be friends, were swimming at the beach when the 11 year old was swept out to sea by rip-currents and succumbed to drowning.

The boy’s body has been handed into the care of the Forensic Pathology Services and Police have opened an inquest docket and are attempting to locate the child’s family.

At 12h05 on Sunday the 6th of September, NSRI Simonstown duty crew were activated following reports of 2 sailing dinghy’s capsized outside of the Simonstown harbour during a Rotary Scout sailing regatta.

It appears that a sailing regatta that started during favourable winds had been called off when wind speeds increased in a short space of time to a North Westerly 30 to 35 knot gusting wind. As the sailing dinghy’s retired from the regatta to return to the harbour two of the dinghy’s capsized in the gusting winds.

NSRI Simonstown were at sea at the time and diverted the sea rescue craft SPIRIT OF SAFMARINE III to respond to the call.

A safety rescue boat tending to the regatta had assisted the one dinghy, rescuing Scouts from the water who were not injured from that capsized dinghy, but on arrival on the scene our sea rescue craft found the second dinghy upturned with 4 males and a female, all Scouts, aged between 13 and 16, from Muizenberg, Lakeside and Hanover Park, all wearing life-jackets and clinging to the upturned hull of their capsized dinghy.

By that stage wind conditions had increased and all 5 scouts were rescued onto our sea rescue craft despite adverse sea conditions and the strong winds that contributed to making this a difficult rescue operation to recover the teenagers from the water.

Safely aboard our sea rescue craft they were brought to our sea rescue base and CMR (Cape Medical Response) paramedics were on hand to assist with treatment. As a precautionary measure the 3 male teenagers suffering near drowning symptoms were transported to hospital by CMR ambulance in stable conditions for observation for secondary drowning and for continuing treatment for hypothermia. The remaining teenage male and female were released requiring no further assistance following successful treatment for hypothermia at our sea rescue base.

All are expected to fully recover. 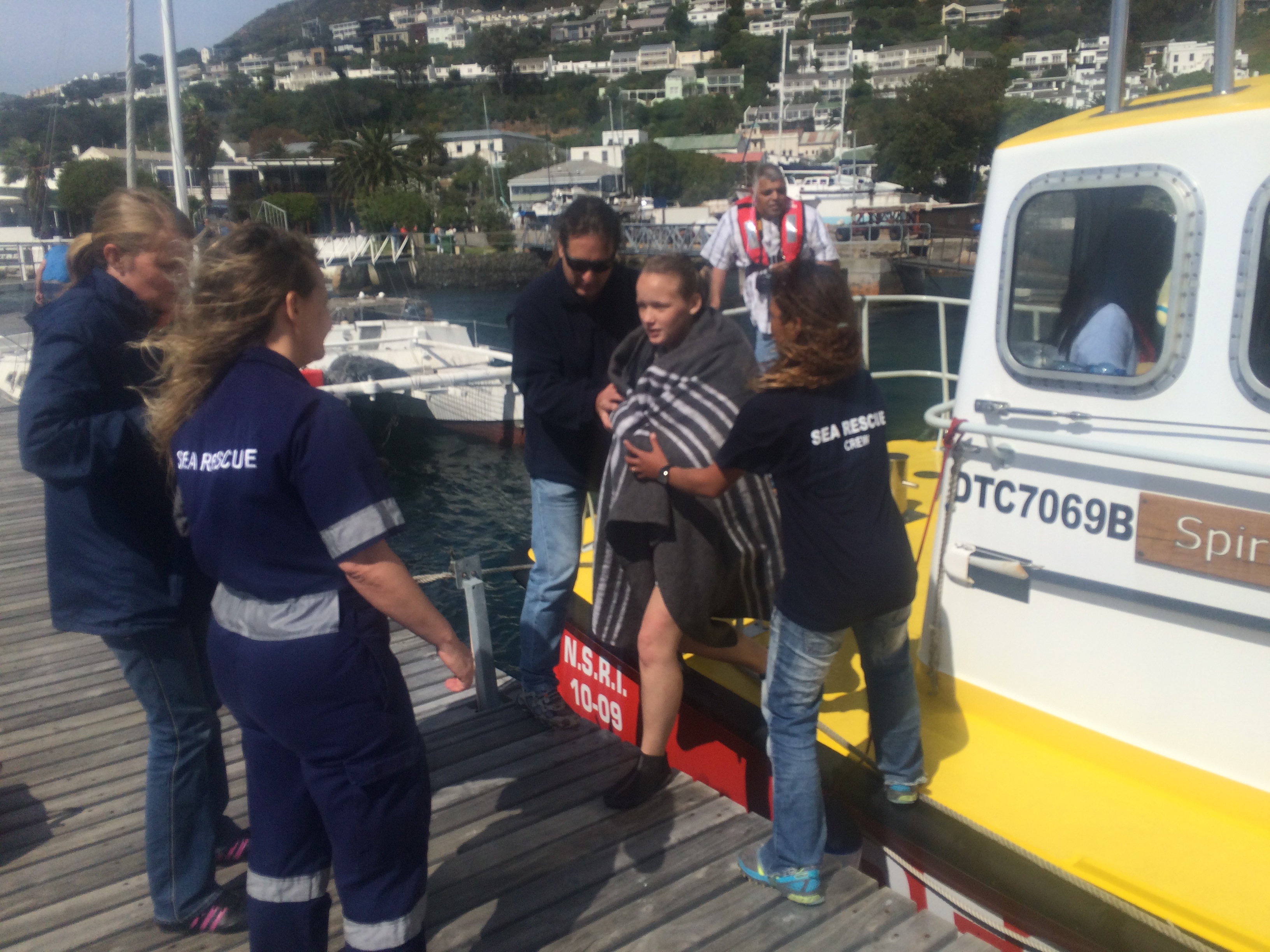