NSRI Kommetjie volunteers, that happened to be driving on Boyes Drive at the time, had witnessed the incident and they had raised the alarm.

Ian Klopper, NSRI Kommetjie, said that they were driving home along Boyes Drive when they noticed the surfskier in the water and his surfski broken in half about 100 meters off Kalk Bay harbour.

From the harbour wall we monitored the surfskier who swam safely to the harbour after abandoning his broken surf ski, said Ian.

Shark Spotters had also spotted the surfskier in difficulty and kept a vigil on the surf-skier from their elevated post on Boyes Drive.

On arrival on the scene our crew aboard our sea rescue craft SPIRIT OF SURFSKI 2 located the two parts of the paddlers surf-ski which were recovered from the water and they were returned to the paddler, said Darren.

It appears that the surfski was broken in two by a breaking wave. 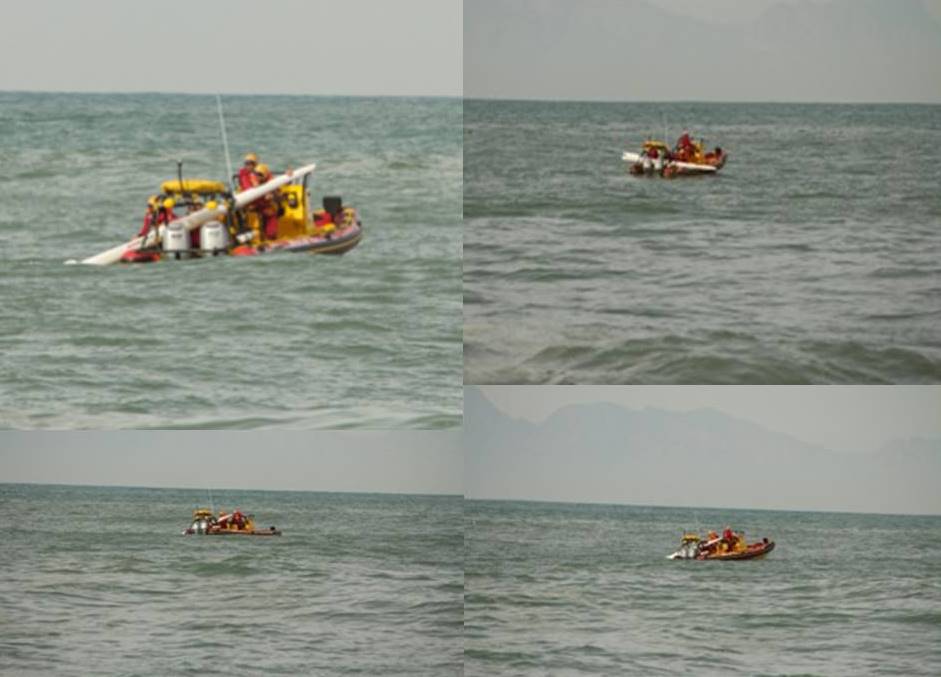