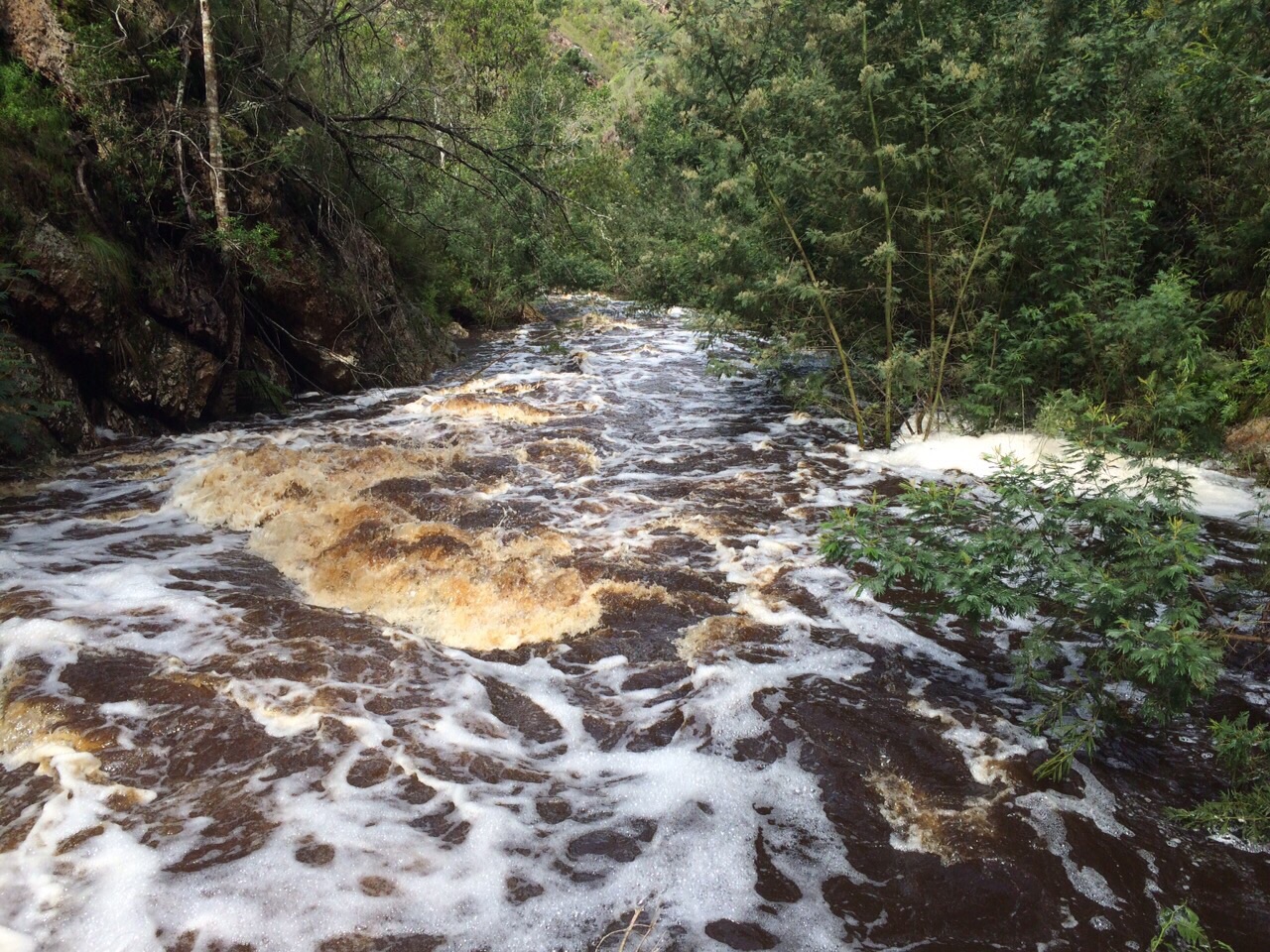 At 12h46 on Thursday the 26th of March, NSRI Plettenberg Bay duty crew were activated following reports from Plettenberg Bay Mountain Rescue of a man who was missing after being swept down the Salt River at The Crags, Natures Valley. He was with a group on a kloofing (canyoning) expedition and was caught by a flash flood.
Four tourists and two guides were in the group and while in the process of escaping from the flood one man, a 29 year old from Belgium, was swept away. The alarm was immediately raised.
NSRI Plettenberg Bay dispatched a rescue team to the location, approximately 12 kilometres upstream from the river mouth, a sea rescue craft was dispatched to the river mouth, the SA Police Services, MedLife ambulance services and the Red Cross AMS Skymed rescue helicopter were dispatched to join Plettenberg Bay Mountain Rescue on the scene.
During the search the body of the man was located downstream.
A NSRI rescue swimmer and a Mountain Rescue member were deployed from the helicopter to the site where the body of the man was recovered.
The body of the man has been taken into the care of the Police and the Forensic Pathology Services and Police have opened an inquest docket.
The remaining 5 men were not injured.
The Belgium Consulate are assisting the deceased man’s family abroad. Our sincere condolences to his family and friends.
Pictures are available for media download on Sea Rescue’s Flickr page.
-ENDS-
TO REPORT A SEA RESCUE EMERGENCY DIAL 112 FROM A CELLPHONE
SMS 32287 with your name and a message of support for our Sea Rescue crew. SMS/R1

On Thursday 26 March The Crags experienced an unexpected cloudburst which deposited over 100mm of rain instead of the forecasted 1-3mm, resulting in the Salt River flash flooding while two kloofing (canyoning) trips, conducted by the Company, were underway.

The aftermath has been shattering for all of those involved. With heavy hearts we extend our heartfelt condolences to the family and friends of the young Belgian man who lost his life in this tragedy.

As a result of the unexpected downpour, a director of the Company immediately inspected the river and noticed that the levels were rapidly rising and contacted the guides leading the two groups to instruct them to exit the river. The guides had already noticed the changing river conditions and the potential danger it posed. The guides leading the first group had taken the decision to exit the river and abort the trip at the nearest escape route. They are to be commended for their actions which undoubtedly saved several lives, as this group of 10 people exited the kloof without injury.

The second group was behind the first group and were in the process of conducting an abseil. Restricted by the vertical canyon walls, with no nearby escape route and unable to return upstream or to climb to safety, the guides were forced to continue downstream with this group to the next available escape route. It was whilst proceeding, that this group was hit by the flash flood.

During this time, another Company director had calculated where this second group would be and descended the nearest exit route downstream of their position, taking rescue equipment with him.

Through massive effort and at considerable risk, three Belgian Clients and two guides were extracted from the river and brought to safety. Tragically the fourth Client was pulled under the floodwater, despite wearing a life jacket and was swept away.

The authorities were notified and a massive Search and Rescue effort was immediately launched which resulted in the missing man’s body being located and recovered shortly afterwards.

We at AfriCanyon would like to express our heartfelt gratitude for the speed and dedication with which rescuers from The Mountain Club of South Africa, The National Sea Rescue Institute, Metro Rescue and the AMS SkyMed helicopter responded. We thank all of the responders for their efforts and their contribution to finding and retrieving the missing person.

We extend our deepest sympathy to the family and friends of the deceased.

Respecting the family’s privacy during this the period of mourning, we are not making his name or other personal details public at this time.

The police are investigating the accident.
The group members as well as the guides continue to receive counselling. The Belgian Embassy is making the necessary arrangements with the family. 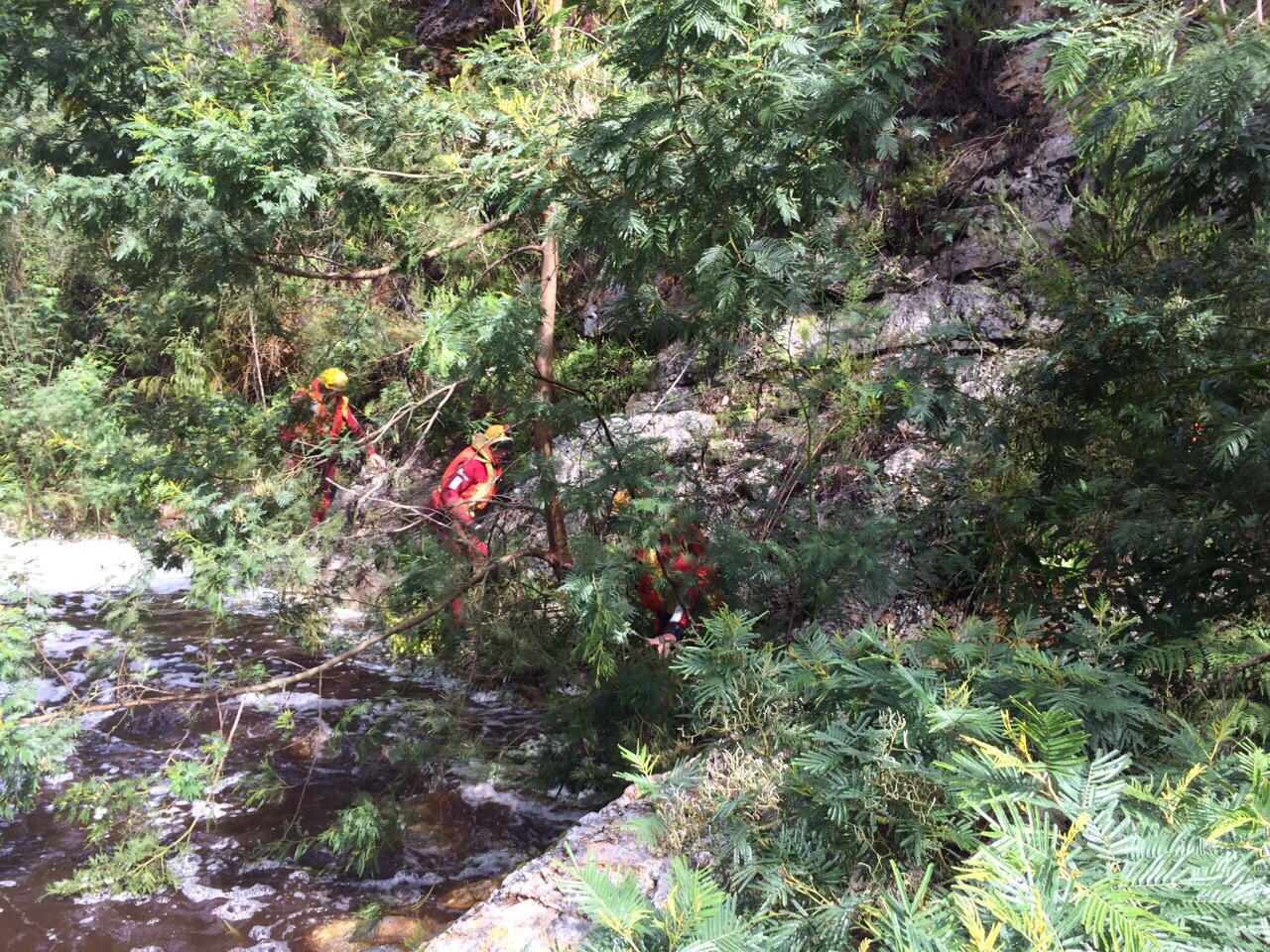 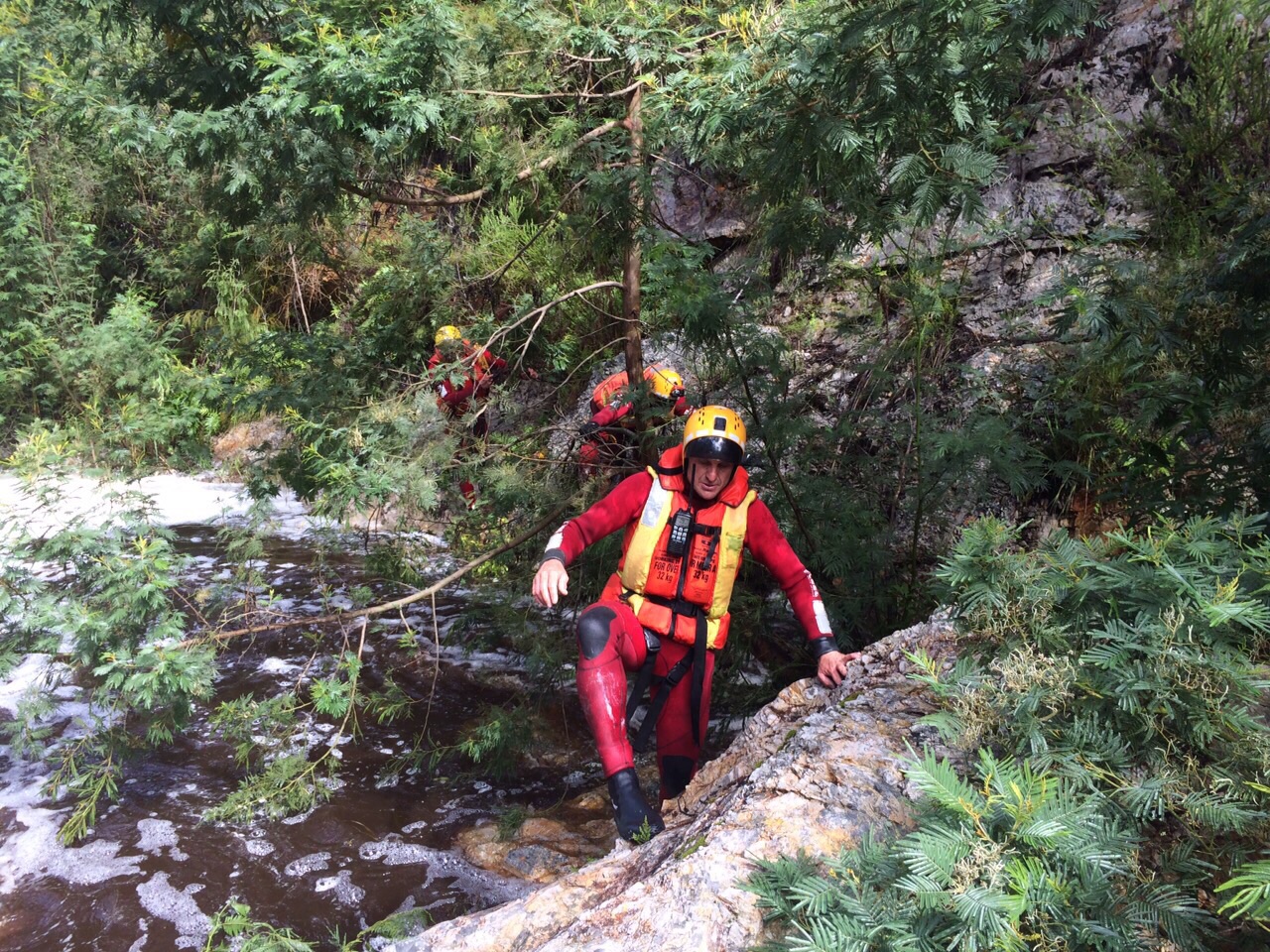 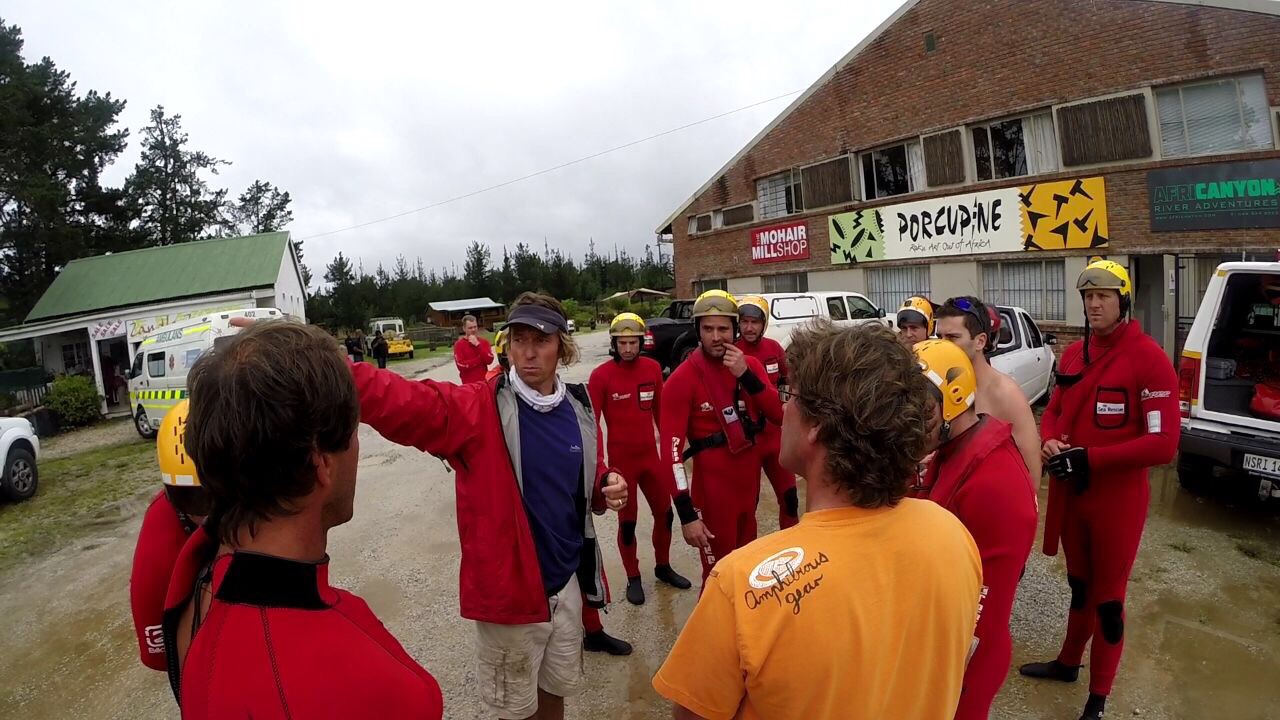 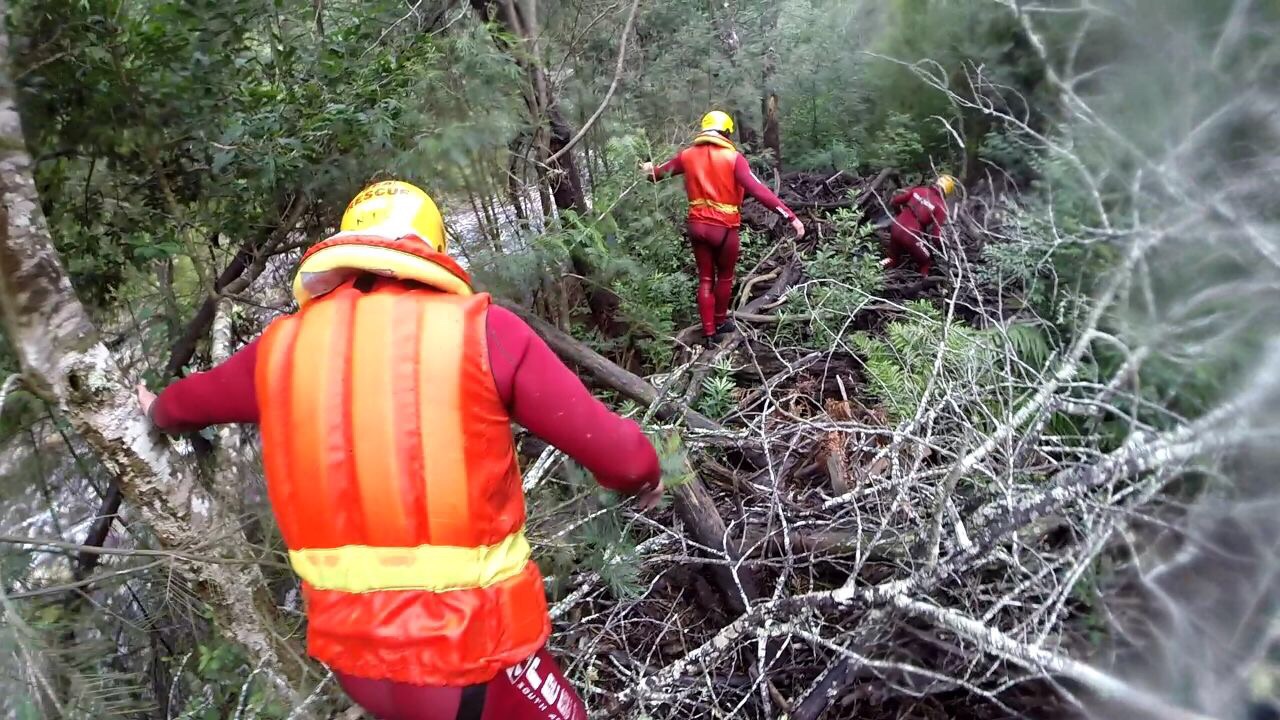 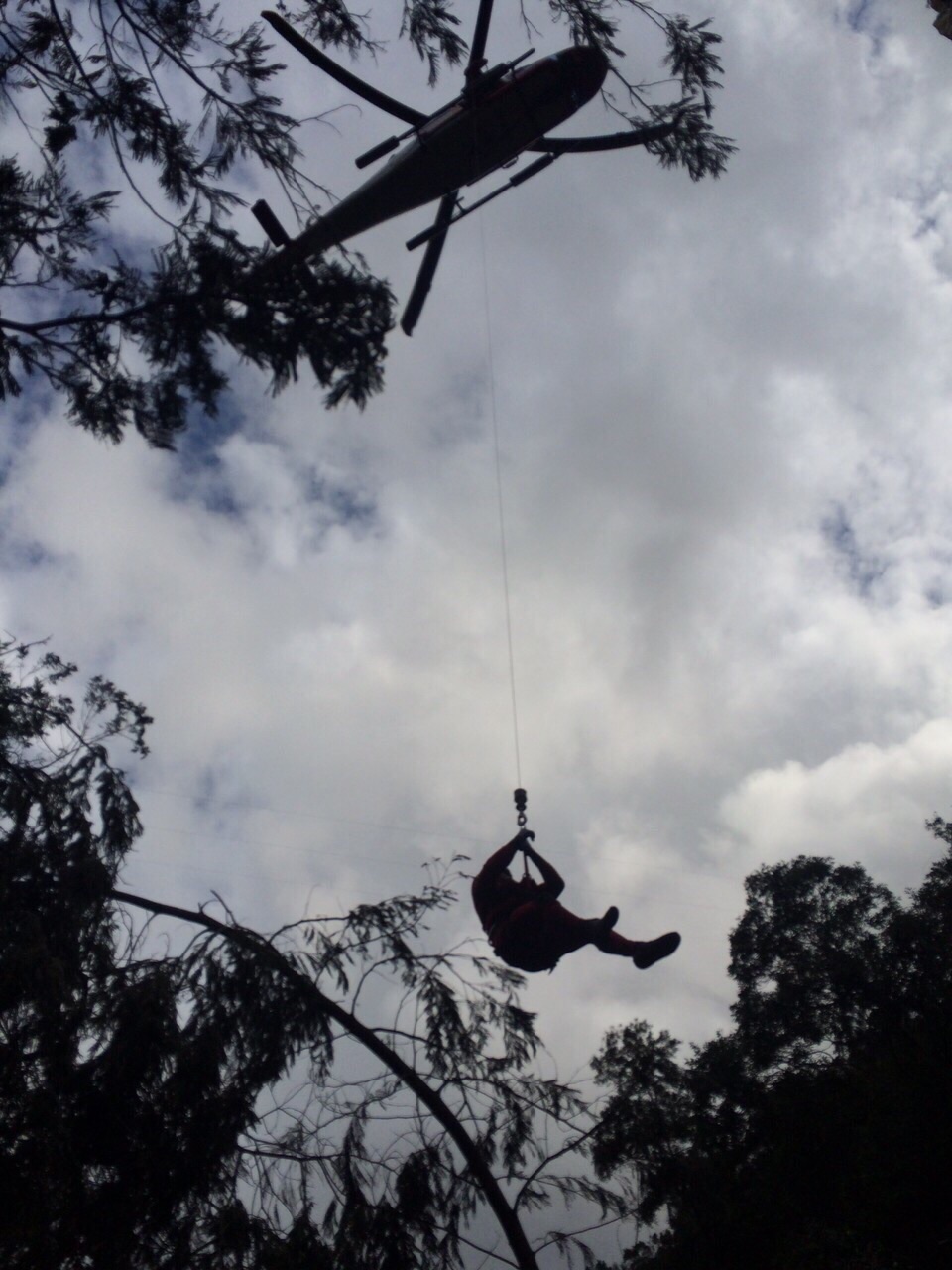 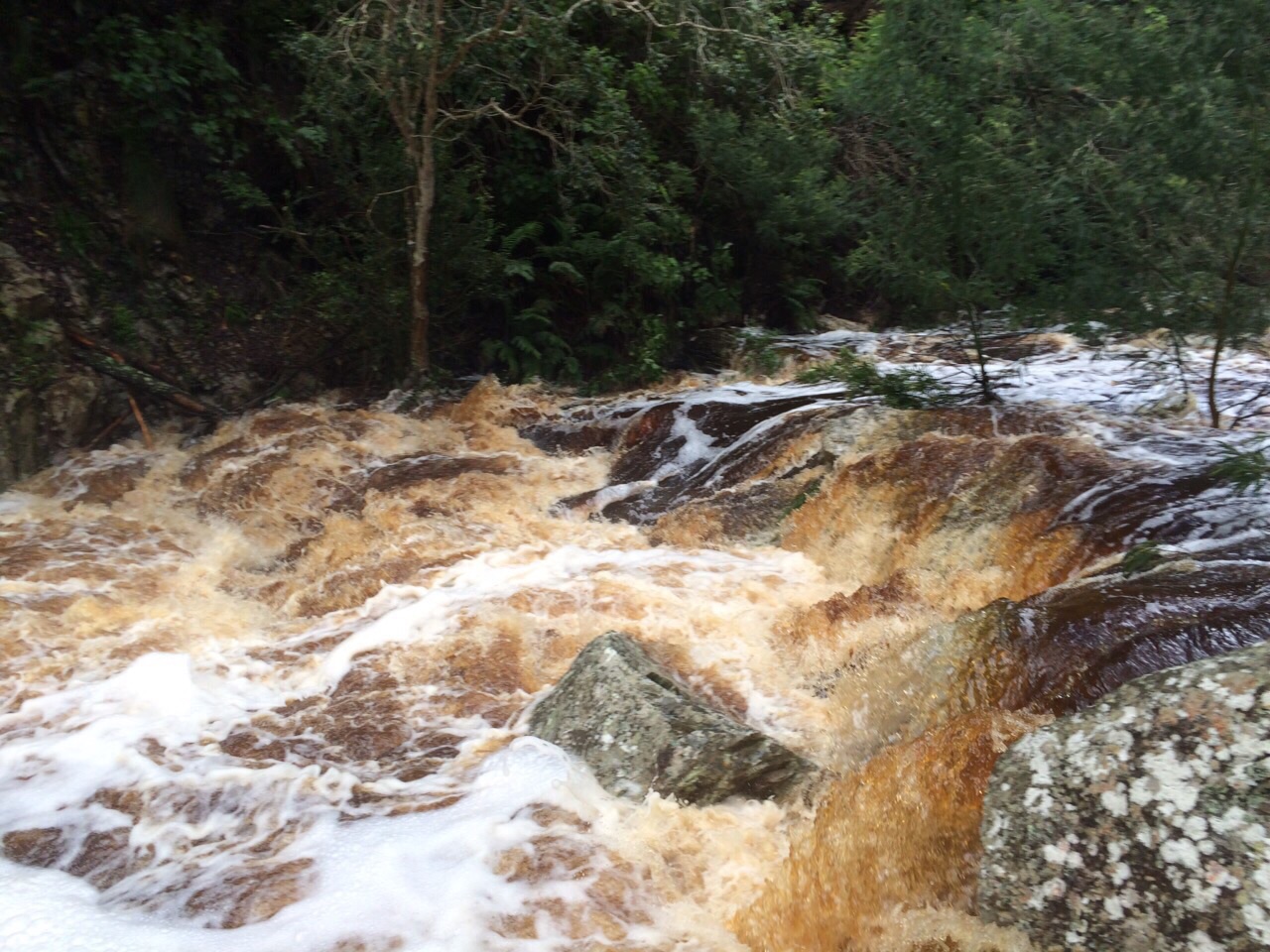