The alarm was raised while lifeguards and NSRI rescue swimmers swam out to the man in an effort to assist him but on reaching near to where he was he disappeared under water.

The lifeguards and NSRI rescue swimmers conducted free dive searches in an effort to locate and rescue him while additional NSRI sea rescue duty crew arriving at the sea rescue base launched the sea rescue craft RAY FARNHAM, AIRLINK RESCUER and the DISCOVERY rescue runner.

During an extensive search operation, he was located and rescued onto a sea rescue craft and Cardio Pulmonary Resuscitation (CPR) efforts commenced. He was brought ashore and into the sea rescue station where the NSRI Plettenberg Bay duty doctor, NSRI medics and a private doctor, who happened to be on the beach at the time and who volunteered to assist, continued with extensive CPR efforts and were joined by WC Government Health EMS paramedics but after all efforts to resuscitate him were exhausted, the doctors declared the man deceased.

The unidentified drowning victim is believed to be a local man, aged approximately in his early 20’s. His body has been handed into the care of Police and the Forensic Pathology Services and Police have opened an inquest docket and will attempt to locate and counsel his family. 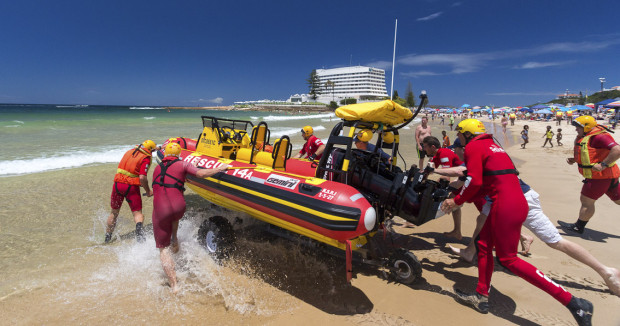