The accident reportedly happened two days ago. The injury was cleaned and bound by fellow crew onboard but appeared to be infected and the ships Captain had made the decision to head to the nearest Port for the crewman to be evacuated and seen to by a doctor.

With the Long-Liner being too big to enter the Port of St Francis, NSRI St Francis Bay were tasked by the Transnet National Ports Authority to rendezvous with the trawler when she arrived.

1 nautical mile off-shore of the Port of St Francis the NSRI sea rescue craft rendezvoused with the ship. The patient was transferred onto the sea rescue craft and brought into Port and he has been taken to doctors by their Ships Agent.

The patient was in a stable condition with his hand bound in bandages.

NSRI do not know the details of how the injury was sustained (only that it involved the ships hydraulic winch) and we also do not know which finger was injured as the whole left hand was wrapped in a bandage. 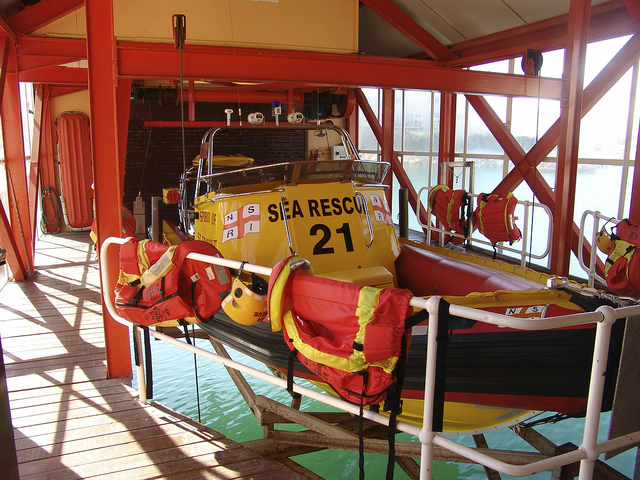