Sincerest Condolences are conveyed to the family, friends and fellow fishermen of 30 year old Cheslyn Africa, from St Helena Bay, whose body was located and recovered today from the sea, during an ongoing search operation conducted by NSRI Lamberts Bay, NSRI Mykonos, Police, a Police Dive Unit, family and fellow fishermen, at Elands Bay. Cheslyn had been missing since the early hours of this morning after the boat that he and two fellow fishermen were on capsized.
Police are assisting his family and his skipper, Grant Snyders, 35, and crewman Johannes January, 33.
Cheslyn’s body has been handed into the care of the Forensic Pathology Services and Police have opened an inquest docket.
ORIGINAL REPORT:

At 02h45 on Tuesday the 24th February, NSRI Mykonos and NSRI Lamberts Bay were activated following reports from Police of a small fishing boat (a crayfish bakkie) capsized off Elands Bay.

A 33 year old fisherman had arrived at the Police station reporting that he had swum ashore after the small fishing boat he was on, with two other crew, capsized while at anchor about 100 meters off Elands Bay while they were fishing.

He said that his fellow fisherman, a 30 year old, also attempted to swim to shore with him but had turned around to try to swim back to the capsized boat after getting tired and that the last he knew the skipper, a 35 year old, had remained on the upturned hull of the capsized boat.

The fate of the 30 year old crewman (who had turned around to swim back to the capsized boat) and the 35 year old skipper (who was last known to be on the upturned hull of the boat) was unknown to the survivor and Police dispatched officers to investigate while raising the alarm.

On arrival on-scene the NSRI Mykonos rescue craft Gemini Rescuer II and the Lamberts Bay rescue craft Douglas Murray were launched to search for the missing fisherman while shore patrols were conducted by Police and by NSRI rescuers. During the search the 35 year old skipper was found safe ashore. He reported that he had decided to also swim ashore but he confirmed that the 30 year old had not returned to the boat and was now missing.

The 35 year old skipper has been transported to hospital suffering suspected rib fractures.

All 3 fisherman, the two survivors aged 33 and 35, and the missing fisherman, aged 30, are from St Helena Bay.

Their boat remains capsized at anchor approximately 100 meters off Elands Bay and attempts will be made to recover the casualty craft.

NSRI sea rescue craft are continuing an ongoing search operation for the missing fisherman, Police are assisting NSRI with shore patrols, and a Police Dive Unit have been activated to join in the search.

All 3 life-jackets belonging to the fishermen have been located and recovered from the surf line and it has been confirmed that the missing fisherman was not wearing a life-jacket and had been wearing oil skins.

It is suspected that the initial capsizing of the fishing craft may have happened at around 01h00 and that it may have taken some time for the 33 year old survivor to get ashore and to get to the Police Station to raise the alarm. 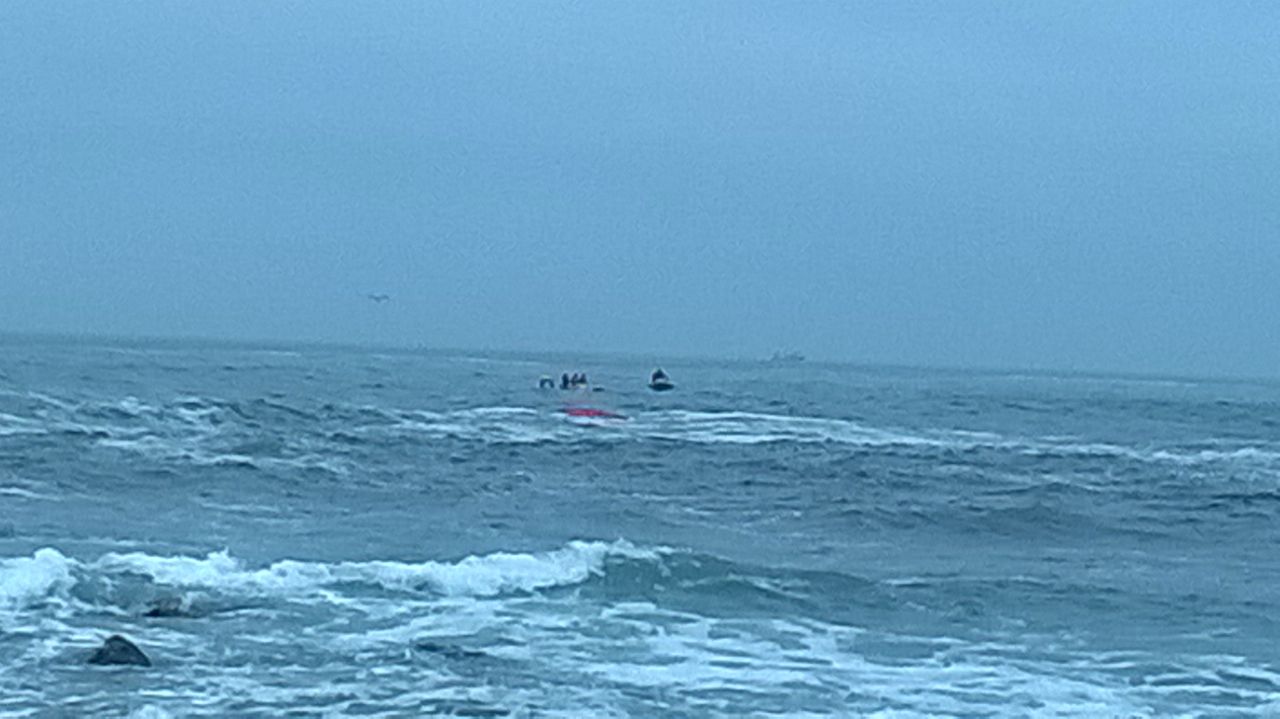 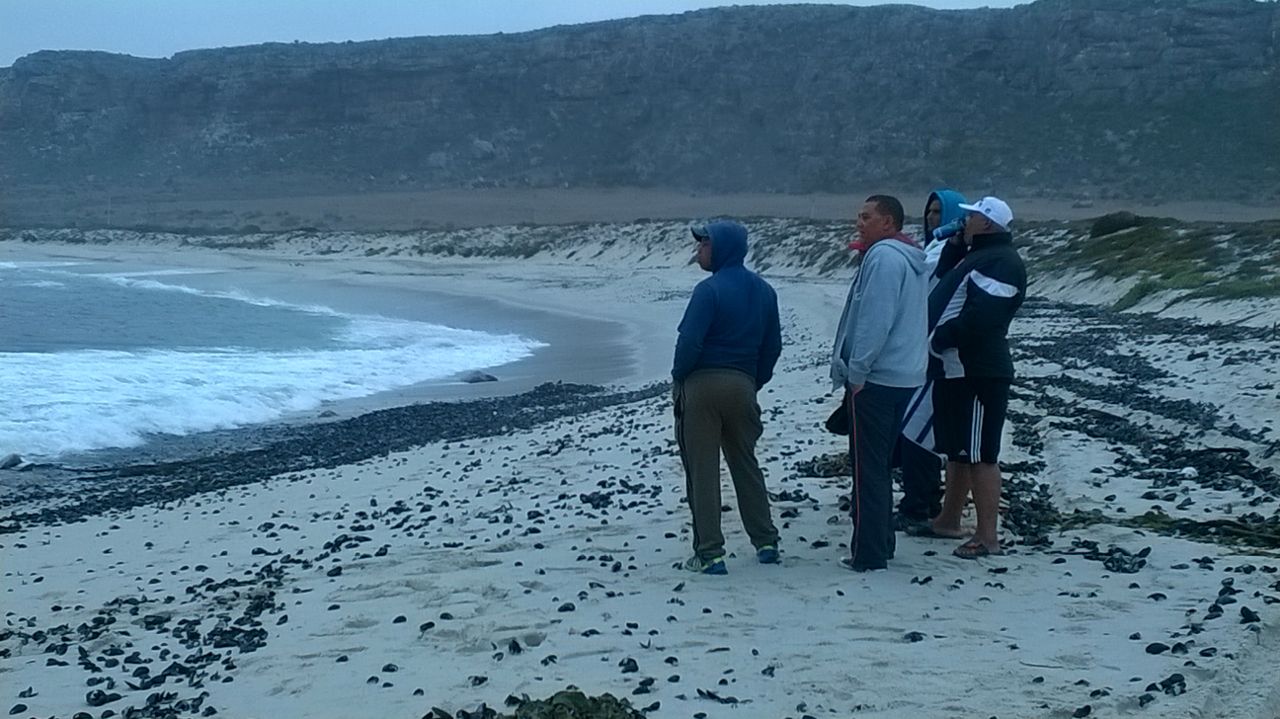 NSRI Hermanus launched the sea rescue craft SOUTH STAR accompanied by a WC Government Health EMS rescue paramedic and met up with the casualty boat off Gansbaai but sadly, on arrival on the scene, despite CPR efforts, the fisherman was declared deceased.

His body was brought to Hermanus harbour aboard the sea rescue craft and handed into the care of Police and the Forensic Pathology Services.

Sincere Condolences are conveyed to the family, friends and colleagues of the deceased fisherman.

TO REPORT A SEA RESCUE EMERGENCY DIAL 112 FROM A CELLPHONE.