NSRI are urging the public to be extra cautious this weekend with the full moon spring tide that will cause stronger than normal rip currents around the coast.

Very strong rip currents will be present around the coast over the next 7 days. Bathers and shoreline anglers are most at risk and caution is advised.

You can watch a video on rip currents and how to avoid them by clicking here.

Rip Currents are caused when the water reaching the shore  needs to find a way to retreat back into the sea and this is achieved in rip currents which looks like a river of water retreating through the incoming swells back out into the sea.

There are different types of rip currents. Permanent rip currents, found alongside islands, rocky outcrops jutting into the sea, at river mouths, in between reefs and alongside harbour walls and piers, are found constantly occurring in the same place. Temporary rip currents, found along beach fronts (along the shoreline),change their position and are unpredictable and can form suddenly along a beach front without warning at different places throughout the day.

Bathers caught in a rip current should not panic. Simply stay afloat by treading water, don’t try to swim against the current as it will only cause exhaustion. Let the current sweep you out to sea but at your first opportunity swim parallel to the beach front until you are free of the rip current and then use the incoming waves to get back to shore.
While this is happening shout for help and wave an arm to alert people on the beach to raise the alarm.

Swim at beaches where lifeguards are on duty and obey the instructions of the lifeguards and only swim within the safe swimming zones lifeguards mark (using their red and yellow flags). Children should have responsible adult supervision at all times around coastal and inland waters.

Anglers fishing along the shoreline, particularly along rocks on the shoreline, are at greatest risk during the spring tide where incoming waves during the high tides engulf higher than normal over rocks. Anglers should not turn their back to the sea and should be vigilant and cautious of the wave action at all times while fishing. 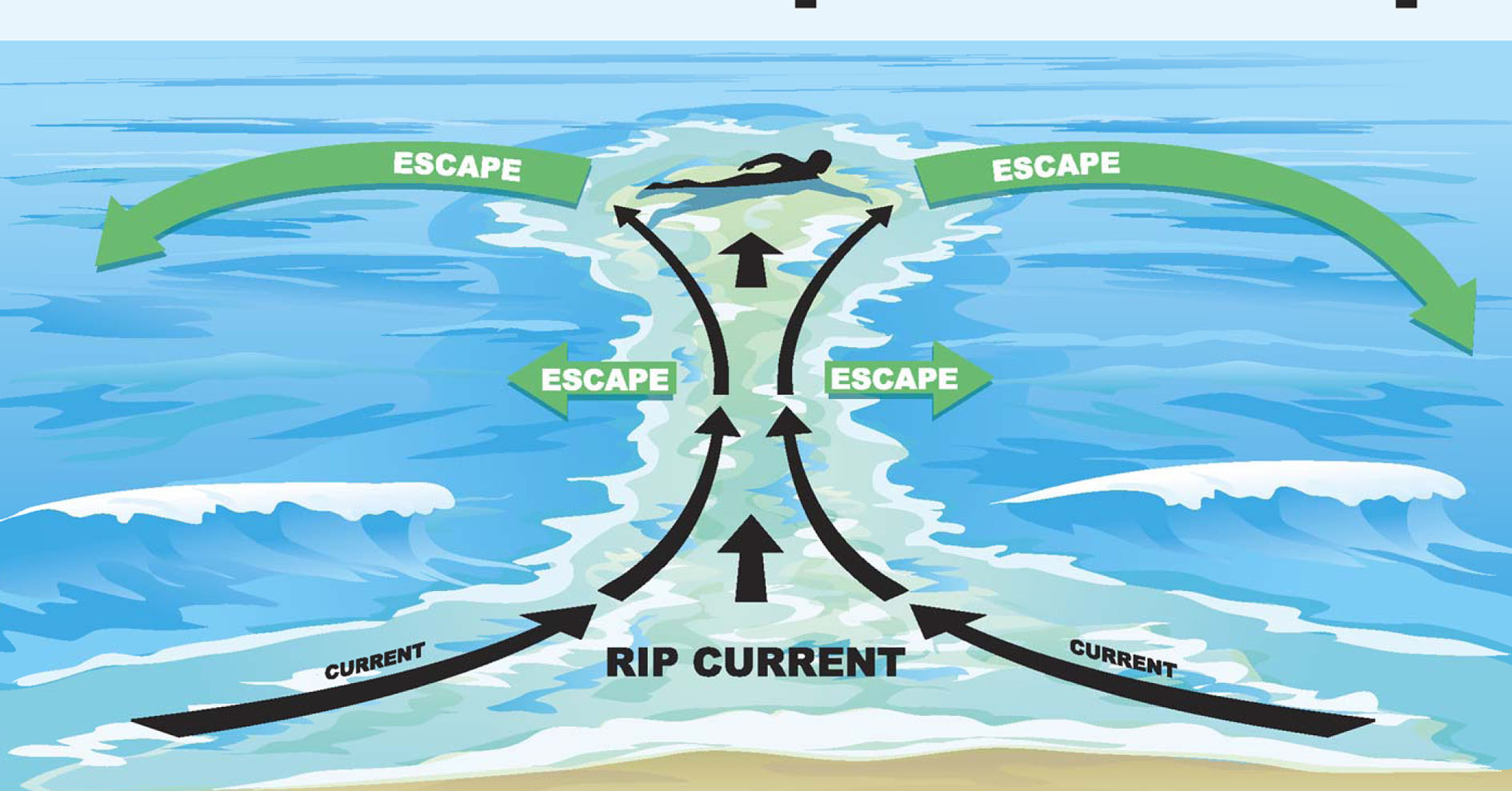