“On arrival on-scene a 50 year old male, Phillip Shute, from Pretoria, was found safe on the beach.

“He had been rescued by a Wild Coast lifeguard that had swum after him, after he had launched his sea kayak and got swept out to sea by rip currents in 2.5 meter swells and a 15 knot Easterly wind.

“The lifeguard reached him 200 meters out to sea assisting him back to shore and recovering his sea kayak.

“Mr. Shute was checked by EMS paramedics and released requiring no medical assistance despite some bruises and scratches from his ordeal.

“The lifeguard is commended for the gallant rescue effort.”

“At 08h46, Sunday, 21st December, NSRI Richards Bay duty crew were activated by the Transnet National Ports Authority (TNPA) following a request for urgent assistance from the 32 foot motor boat SELFISH, with two people onboard, skipper and owner  Bruce Gillbee, 44, and his girlfriend, 43, from Randburg, reporting to be taking water after they suspected they hit a submerged object while under motor power approximately 2 nautical miles South of the Richards Bay Port.

“Our NSRI Richards Bay duty crew responded to our base and launched our sea rescue craft SPIRIT OF ROUND TABLE.

“By that stage SELFISH had entered Port and an unidentified ski-boat had come to her aid and towed her, almost fully submerged, to the Richards Bay Ski-Boat Club. The skipper had put his girlfriend into the life raft as a precautionary measure.

“When our NSRI sea rescue craft arrived on the scene the motor boat SELFISH was already at a berthing at the Richards Bay Ski-Boat Club but she had sunk and was semi-submerged and Mr Gillbee and his girlfriend were both safely ashore, not injured, and no further assistance was required.

“A Police Dive Unit was deployed to assess damage to the boat and Mr Gillbee will arrange a salvage effort.” 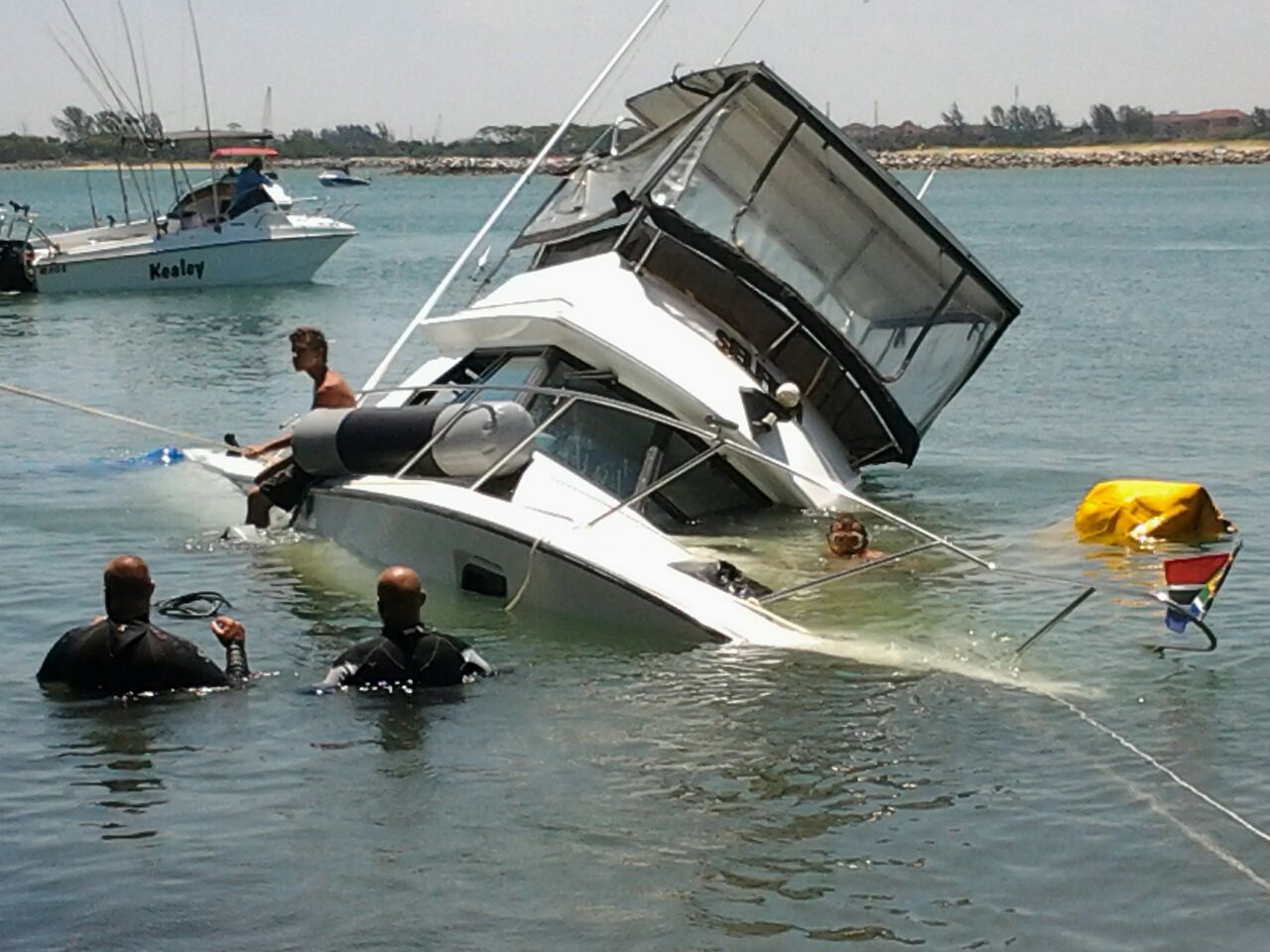