At 15h15, Monday, 10th November, NSRI Knysna duty crew were activated following reports from Police of a Dutch tourist injured in a remote part of the Drupkelders hiking trail, near Rheenendal, in the Knysna SA National Parks forest.

While Drupkelders is a relatively short hiking trail of only 3.6km, it involves vertical cliff traversing making it a barely accessible and remote area.

A river guide reported to have been guiding a 31 year old Dutch man and his 26 year old female partner through Drupkelders hiking trail when the man had reportedly jumped into a rock pool and sustained a suspected compound fracture to the lumbar spine.

The injured man is an Orthopaedic Surgeon and his partner a General Surgeon, from Amsterdam.  They remained where they were not wanting to move the injured man, fearing complicating the injury while the guide hiked a vertical cliff trail to reach an area where he had a cellphone signal to raise the alarm.

On arrival at the parking area, in overcast weather conditions, rescuers were met by the guide and hiked a kilometre down steep vertical cliffs to reach the Goukamma River and from there 6 NSRI Knysna rescue swimmers, accompanied by the river guide, then swam upstream searching for the two hikers. The swim upstream involved going over numerous waterfalls.

A kilometre upstream the two hikers were found with the injured man in a serious condition.

Full C-Spine immobilisation was applied and the man was loaded into a specialised floating Stokes Basket sea rescue stretcher and gently swum down stream, with special care being taken to get down the numerous waterfalls, and in some instances with no other option, because of the steep rocky cliffs and the barely accessible terrain, required floating the stretcher     over the waterfalls, to reach where the Police and EMS paramedics were waiting a kilometre downstream.

Paramedics then treated the man and intravenous therapy and pain medications were administered and with the injured man in a stable but serious condition a rope and pulley system was rigged to haul the stretcher a kilometre up a steep cliff to reach the parking area.

A Medlife ambulance has transported the man to hospital in a serious but stable condition, accompanied by his partner.

The name of the man has not been released by Police pending family abroad being informed of his wellbeing and of the care he is receiving and the Dutch Consulate have been alerted. 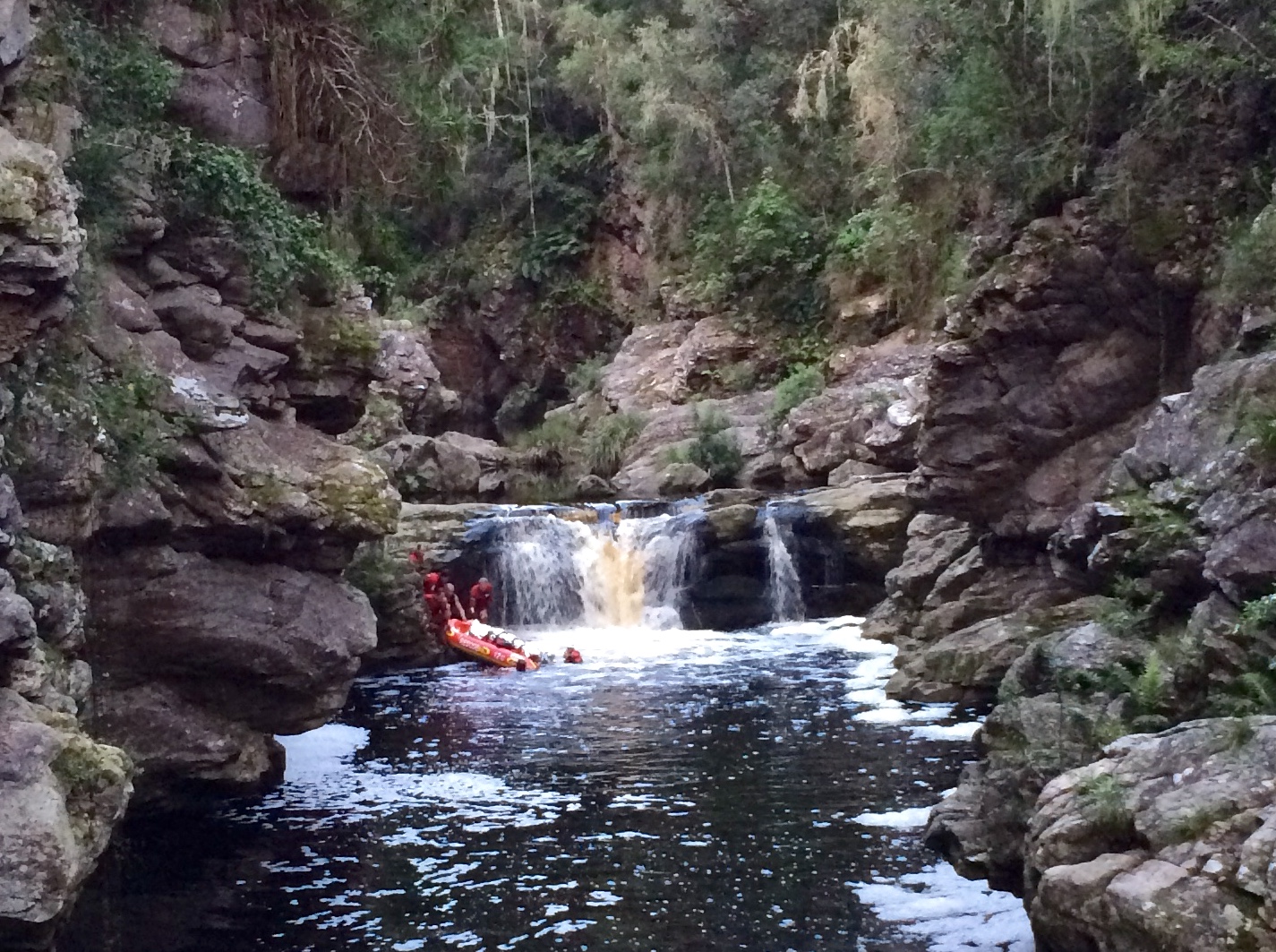 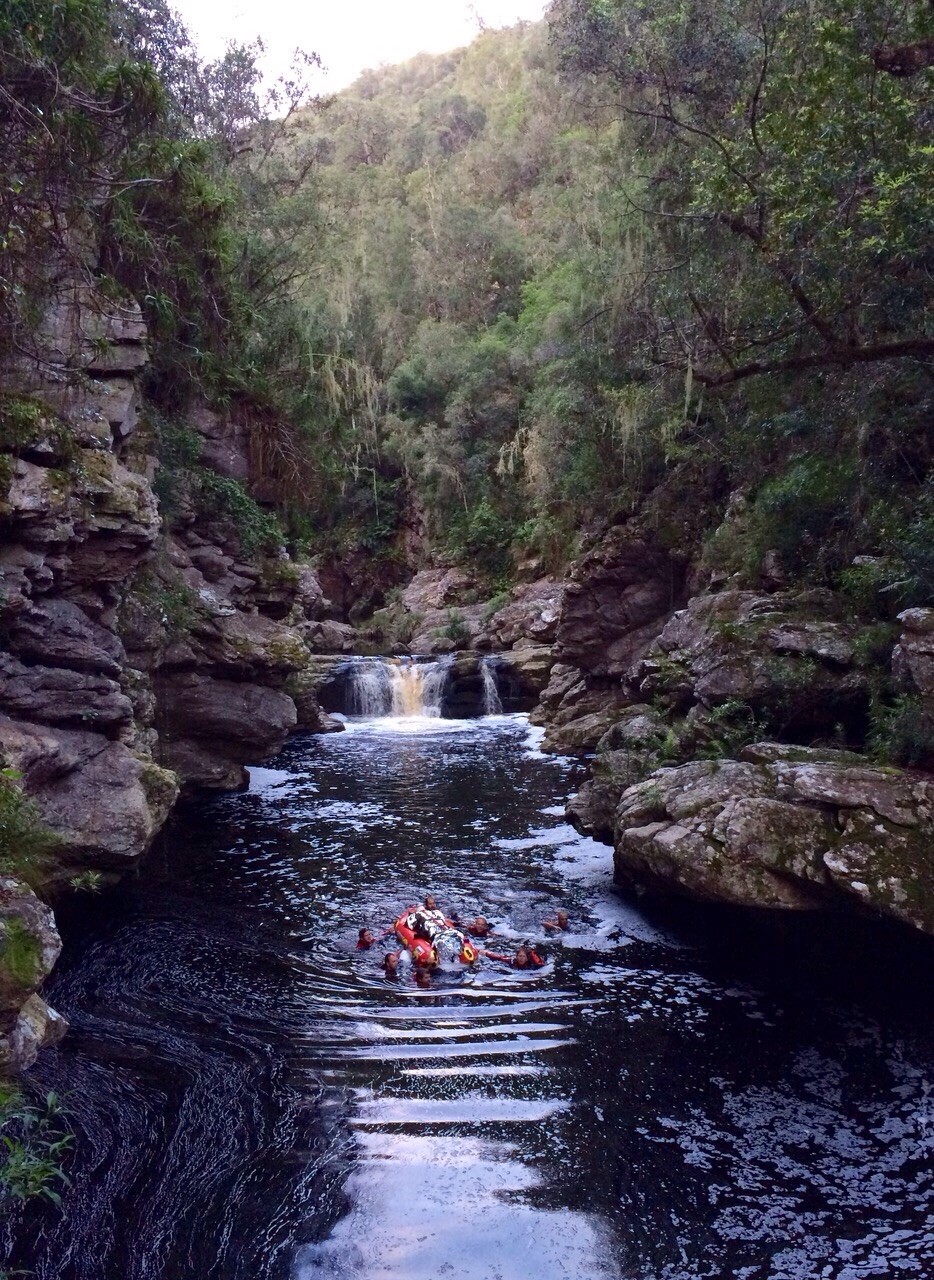 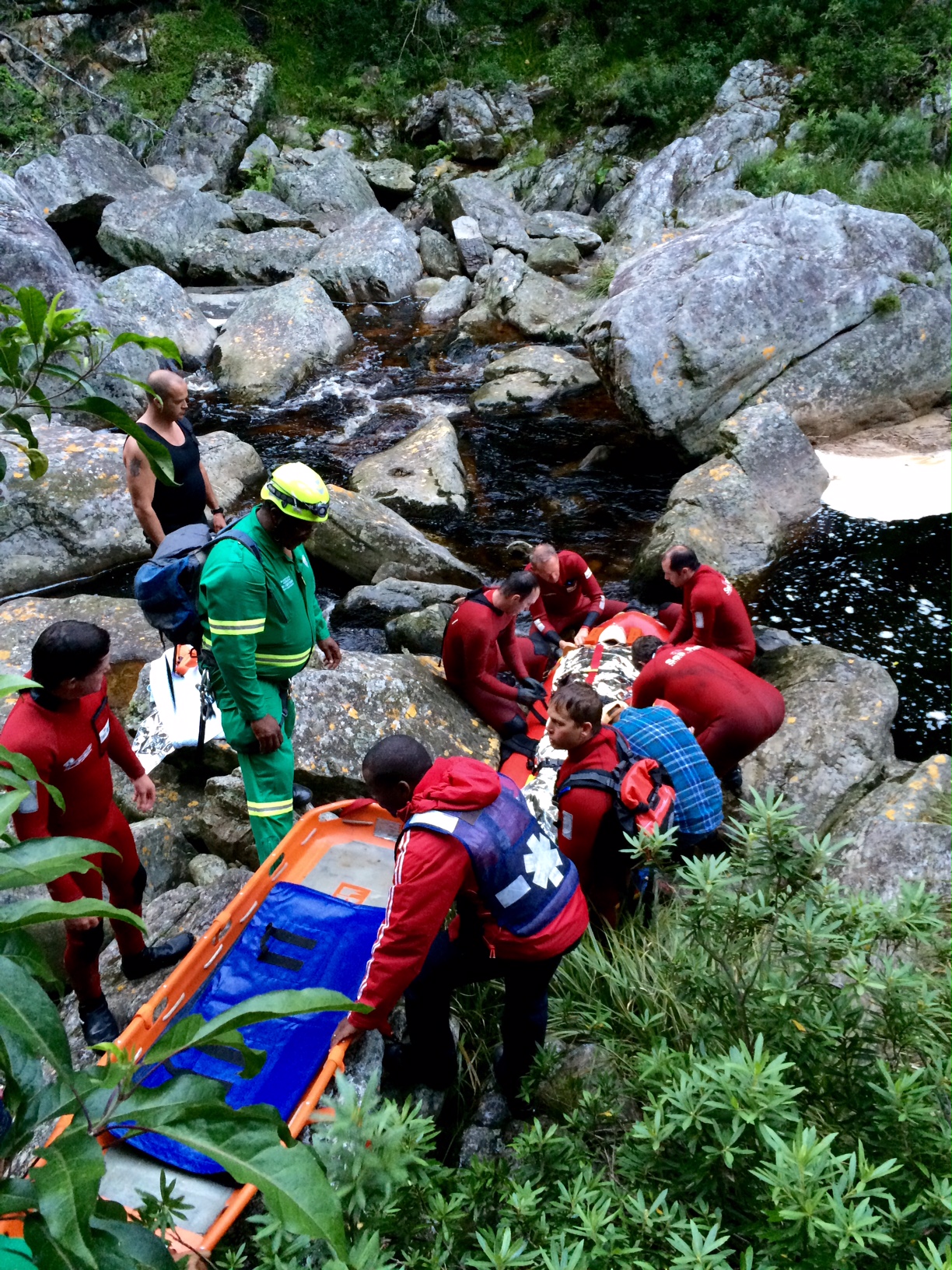 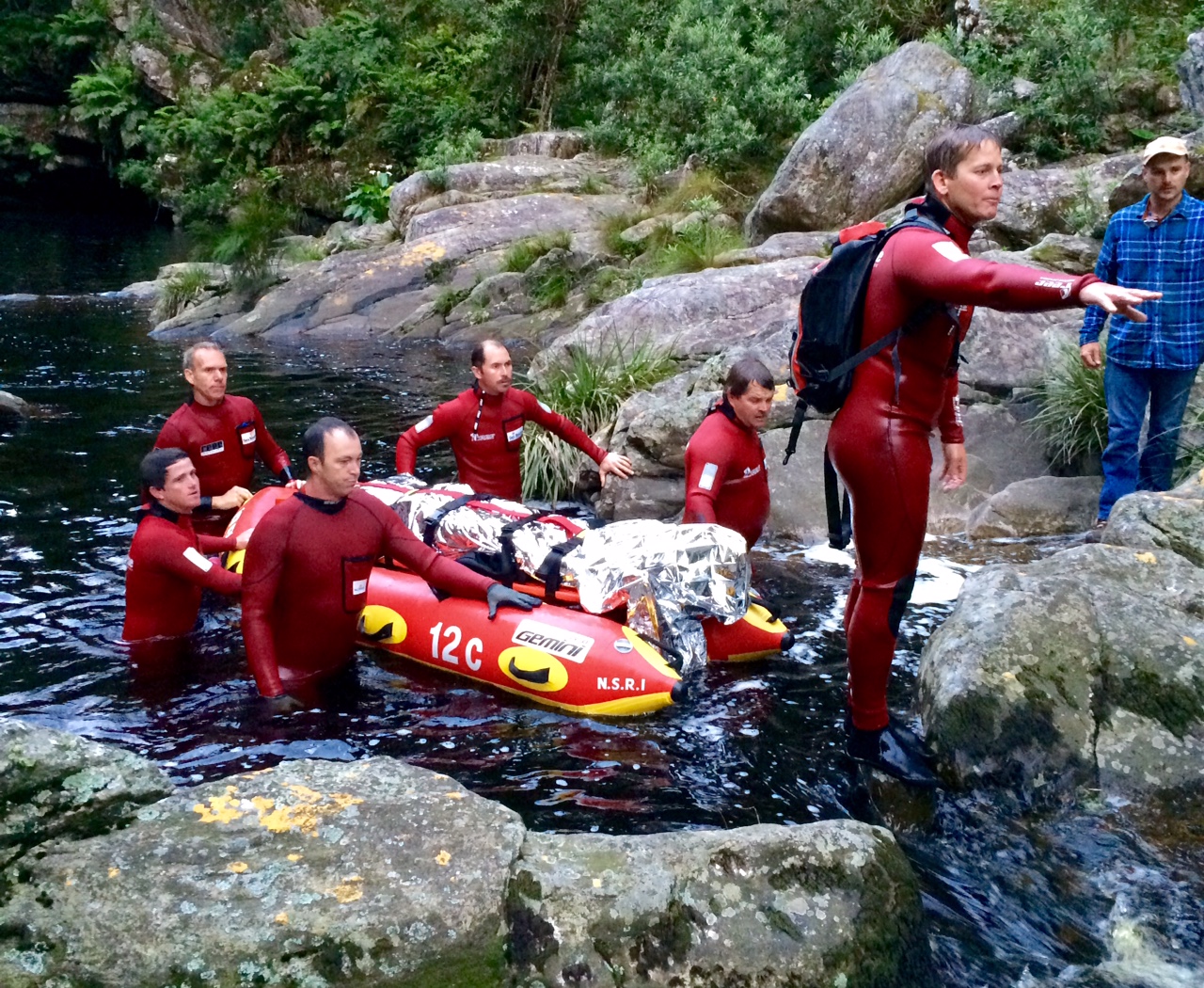