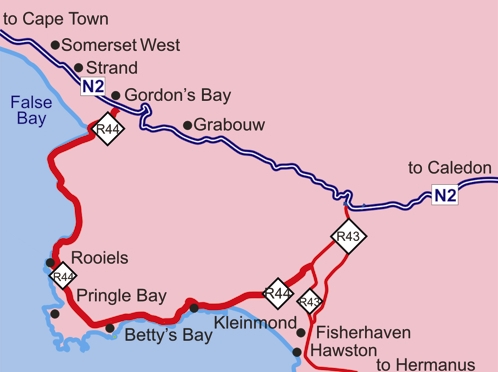 At 21h10, Saturday, 15th November, NSRI Gordons Bay duty crew were activated by the Transnet National Ports Authority following reports from Police that a family, from Mitchells Plain, were concerned for their family member, a 42 year old male, overdue from fishing at Rooi Els, between Gordons Bay and Pringle Bay, on the False Bay coastline.

NSRI Gordons Bay duty crew responded our sea rescue vehicle and WC Government Health EMS rescue squad responded to join Police 2km from Rooi Els where the fisherman’s vehicle was found with his personal belongings inside. Family of the missing man were also on the scene.

It appears that the 42 year old Mitchells Plain man had left home at 06h00 to go crayfishing at Rooi Els, a regular activity, but on failing to return his family grew concerned and went in search of him and raised the alarm.

A search was conducted on the scene until the early hours of Sunday morning and a Police Dive Unit are continuing the search on Sunday.

It remains unknown the fate or whereabouts of the missing fisherman and Police have opened an investigation and are examining all possibilities.