The NSRI is urging extreme caution around the coast over the next week.

The FULL MOON SPRING TIDE peaks on Tuesday the 9th September and this being the 3rd super moon in a row very strong rip currents are predicted to be present around the coast over the next 7 days.

Bathers and shoreline anglers are most at risk.

It is feared that good weather being experienced during this Spring Tide, around the 9th of September, and rough sea conditions will put more people at risk and extreme caution is advised.

Bathers caught in a rip current should not panic. Simply stay afloat by treading water (moving your arms and legs in circular movements), don’t try to swim against the current as it will only cause you exhaustion and let the current sweep you out to sea but at your first opportunity swim parallel to the beach front until you are free of the rip current and then use the incoming waves to get back to shore.
While this is happening scream for help and wave your arm to alert people on the beach to raise the alarm.

Swim at beaches where lifeguards are on duty and obey the instructions of the lifeguards and only swim within the safe swimming zones lifeguards mark (using their red and yellow flags).

Children should have responsible adult supervision around coastal and inland waters.

Anglers should not turn their back to the sea and should be vigilant and cautious of the wave action at all times while fishing.

Boaters, paddlers, sail boarders and anyone launching any kind of craft onto water should wear their life-jackets at all times while on water and carry easily accessible safety equipment – red distress flares, communications cellphone or VHF radio with fully charged batteries in water tight plastic sleeves, a waterproof torch, highly visible neon coloured clothing, a referee whistle worn around the neck, and let a responsible person know your time of departure, your exact intended route and your estimated return time and check in with the responsible person on your safe return. (If you are overdue the responsible person should raise the alarm without hesitation).

Everyone living along the coast or visiting the coast should have their local Sea Rescue Emergency phone number programmed in their phone. 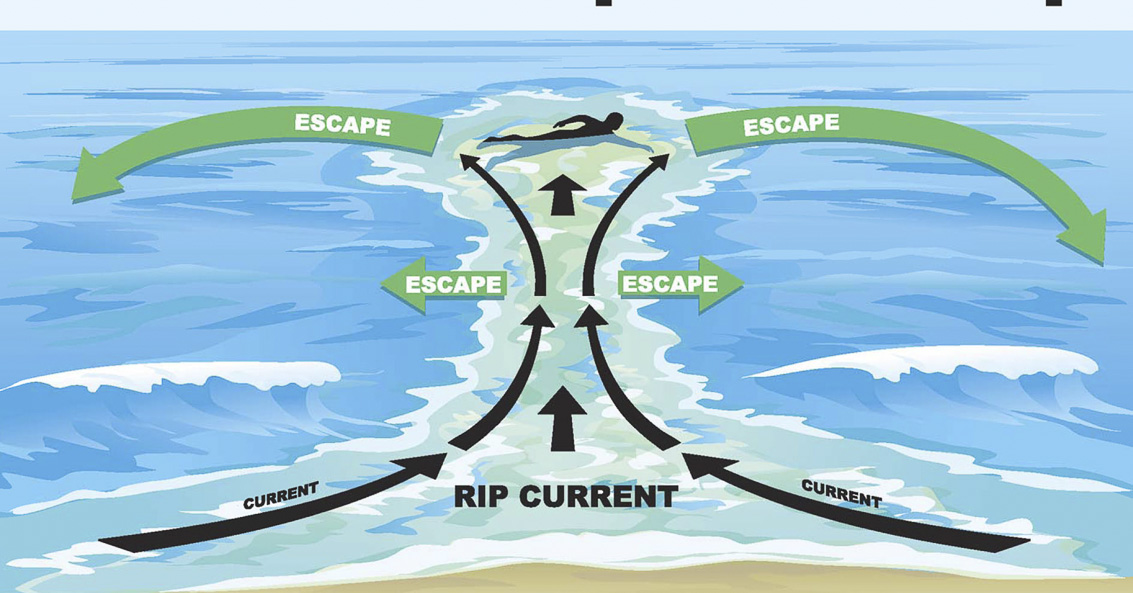