Sincerest Condolences have been extended to family.

They found two fishermen, skipper Roelf Valentine, 71, and Hubert Le Roux, aged in his early 70’s, clinging to the upturned hull of the capsized VALENTINO but the third man, a local 84 year old fisherman was missing.

It is believed that the missing fisherman was not wearing a life-jacket.

The crew of MI’C’KUKI rescued the two fishermen bringing them both to shore where they were attended to at a local clinic and treated for mild hypothermia.

Local Police began an investigation and shore patrols while NSRI Lamberts Bay aboard the local fishing boat TOMZA initiated a sea search for the missing 84 year old fisherman.The local fishing boat TOMZA took NSRI Lamberts Bay rescuers to the capsized boat and NSRI rescue swimmers investigated underneath the capsized hull and searched in the vicinity for signs of the missing fishermen but no sign of the missing fishermen could be found.

A Police Dive Unit and the Sea Borderline Police were activated and NSRI Mykonos towed the sea rescue craft GEMINI RESCUER II to Lamberts Bay and she was launched on-scene to join in the search. 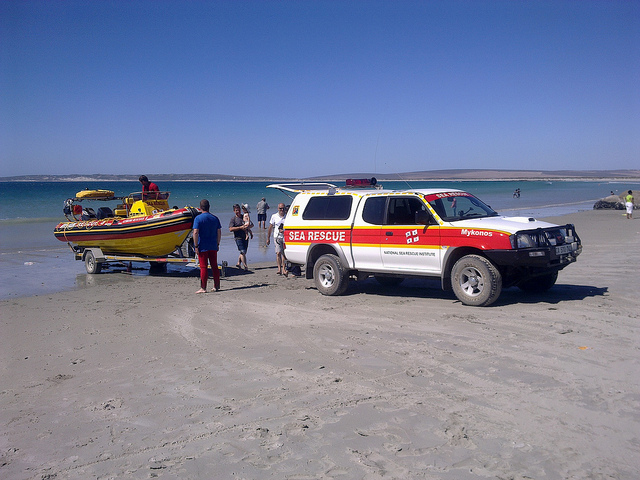