This weekend Station 20 Shelly Beach launched and blessed their new 7.3m rescue boat, “Spirit of Dawn”. The legacy that funded the boat was from the estate of the late Robert Duncan, in loving memory of his late wife Dawn.

Robert Duncan, a fourth child and only son, was named after his maternal grandfather, Robert Mercer, and his uncle William Mercer, both of whom had died at sea (torpedoed in World War 1) before Rob was born.  Both men were ships engineers working in Merchant Navy Convoys bringing food to the UK.  Robert Mercer’s ship was sunk in 1917 and his son, William Mercer’s ship was  sunk in 1918 just before the war ended.  Robert Mercer was particularly brave.  At the age of 67yrs old, he was a volunteer, and he drowned because- as Chief Engineer – he went back, down to the engine room to see if any of his staff were still there, though he had been up on deck when the ship was struck.

The previous 7.3m rescue boat Caltex Endeavour will serve at flanking station 32 Port Edward while their rescue boat is out of service during maintenance.  Caltex Endeavour has served since 1986.  She has been loved by all who served on her and kept us safe in some harrowing rescues. It was an emotional moment when we handed her over to Station 32 on the backline, and bid her farewell. 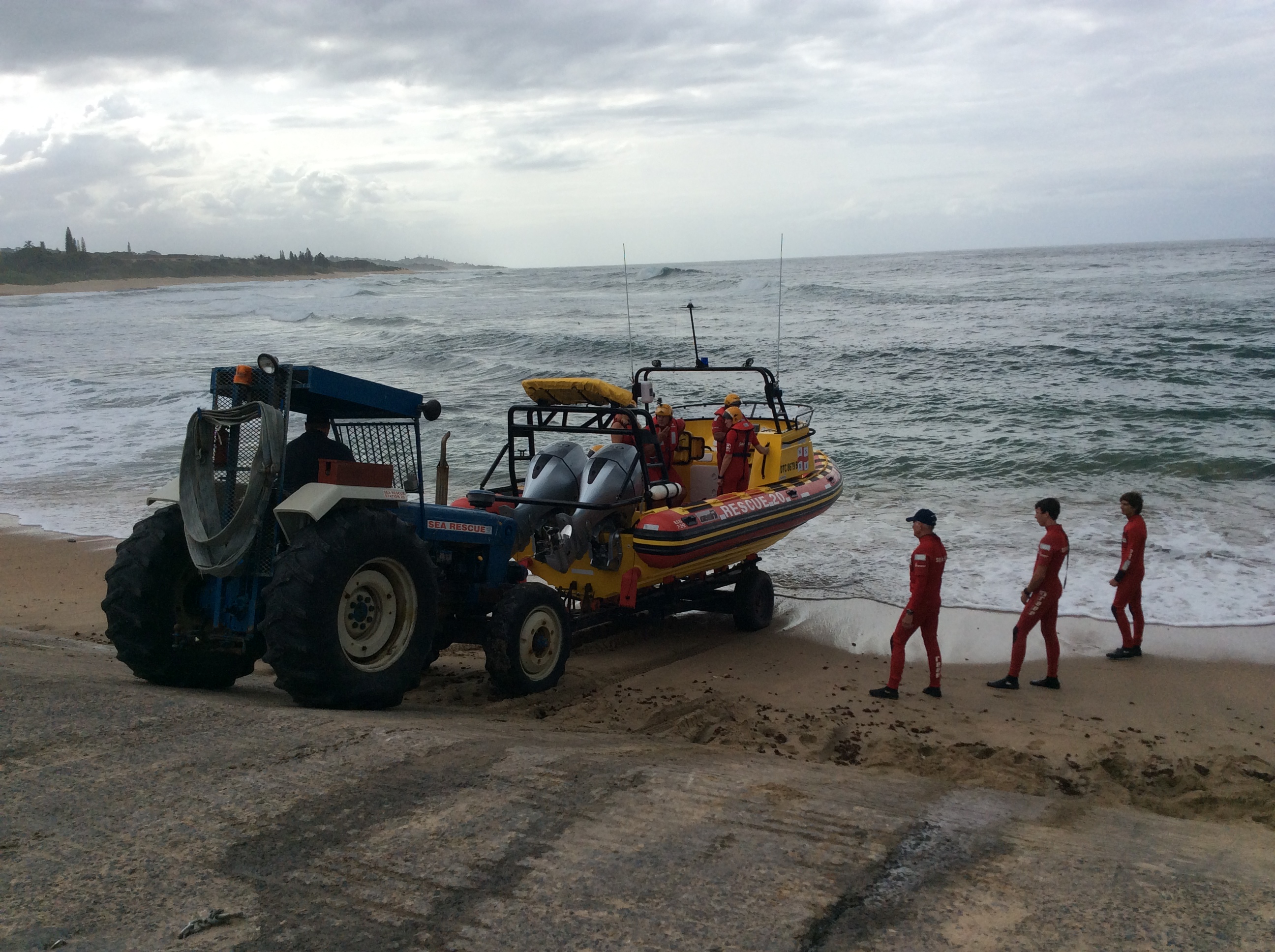 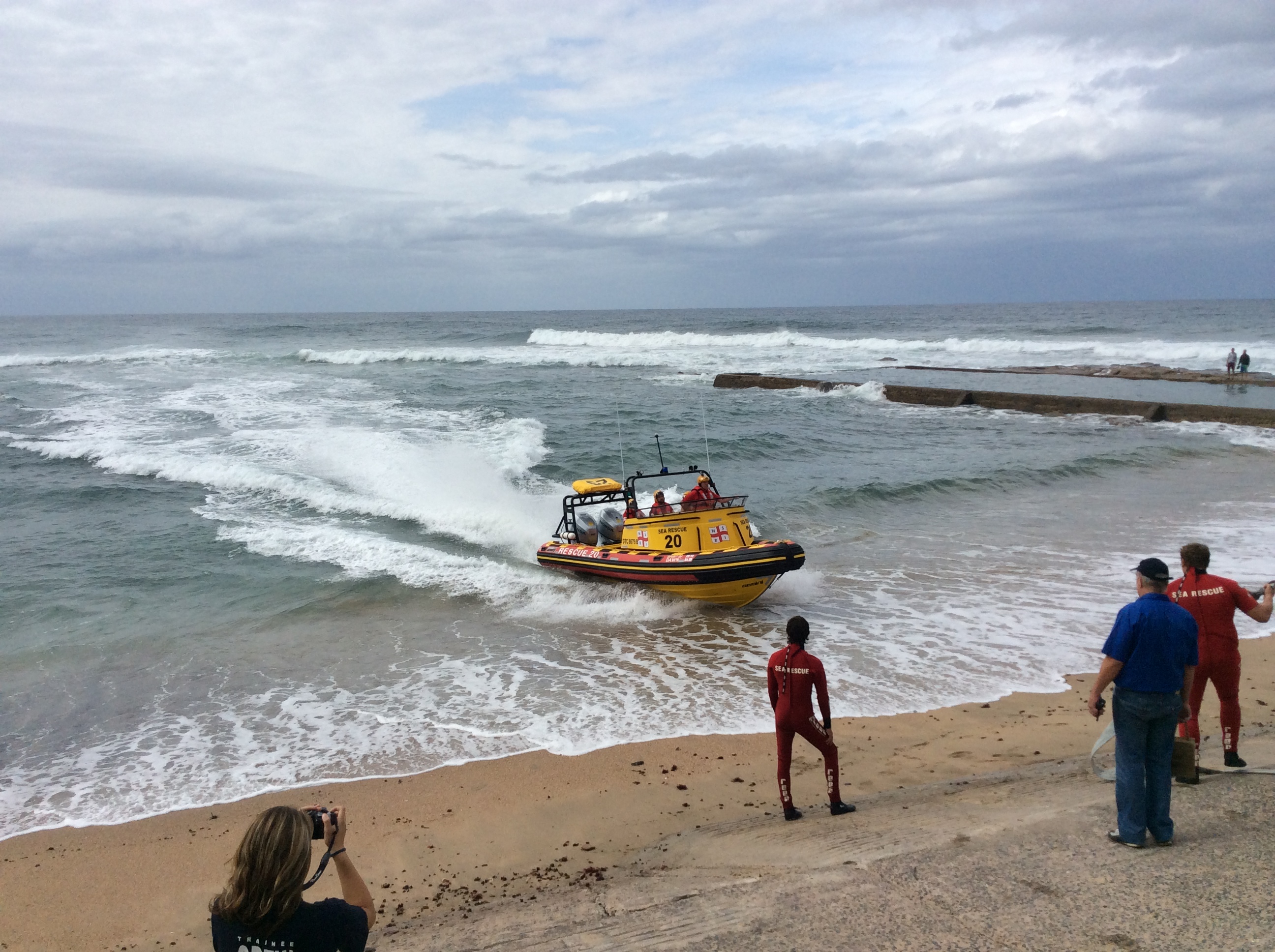