We’d like to say a very big thank you to Benjamin Giliomee who raised R11 000 for NSRI Knysna by cycling the Pick ‘n Pay Argus Cycle Tour this year on his single speed chopper. Well done Ben. 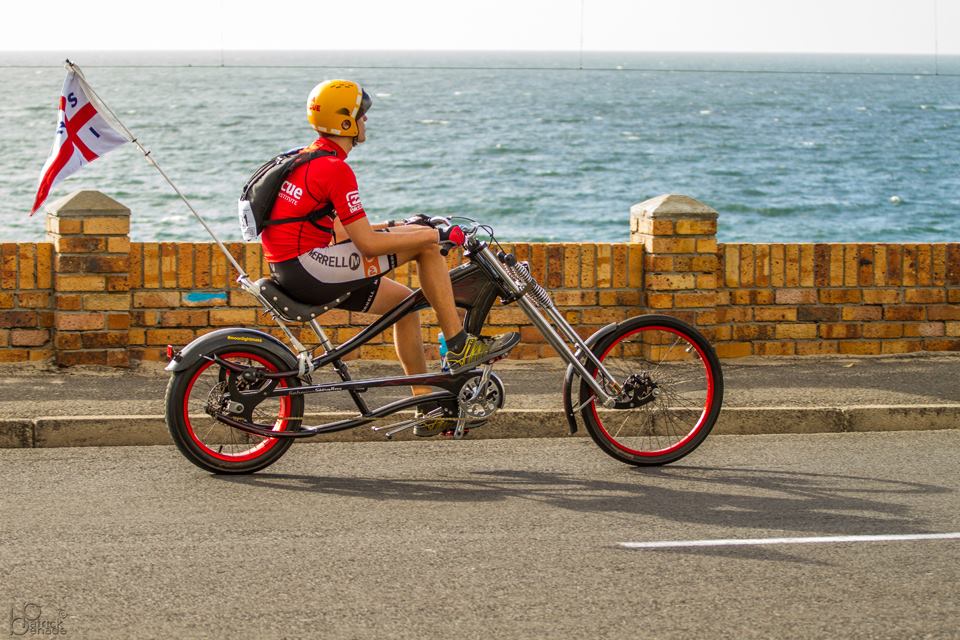 Ben Giliomee (17), a grade 11 learner at Oakhill School in Knysna will attempt the 109 km Pick ‘n Pay Argus Cycle race on a single speed “chopper” on the 9th of March 2014 to raise funds for the National Sea Rescue Institute in Knysna. Ben has previously successfully attempted this race on a similar bicycle in 2012, and raised over R8 000.00 for NSRI.

He is asking for donations in order to raise funds for his favourite charity organisation.  Donations may be dropped off at Caltex, Waterfront Drive, Knysna or can be paid into the NSRI account (NSRI KNYSNA, Absa Bank , account number 4048176255 Reference: Ben/Argus)

Ben (in the black shirt) is pictured here with NSRI Station 12 members (from left to right) Neville, Graeme, Declan, Rein and Marck.

From NSRI side Graeme Harding Knysna station Commander is appealing to the public to come out in support of this remarkable young man. Ben has done this once before and anybody who cycles can appreciate the Argus is hard enough on a 26 speed bicycle that weights next to nothing, this ”CHOPPER” is not only a single speed but also weighs almost three times what a normal bike does. We extend our thanks to Ben and indeed all those who support him raising much needed funds for our base. 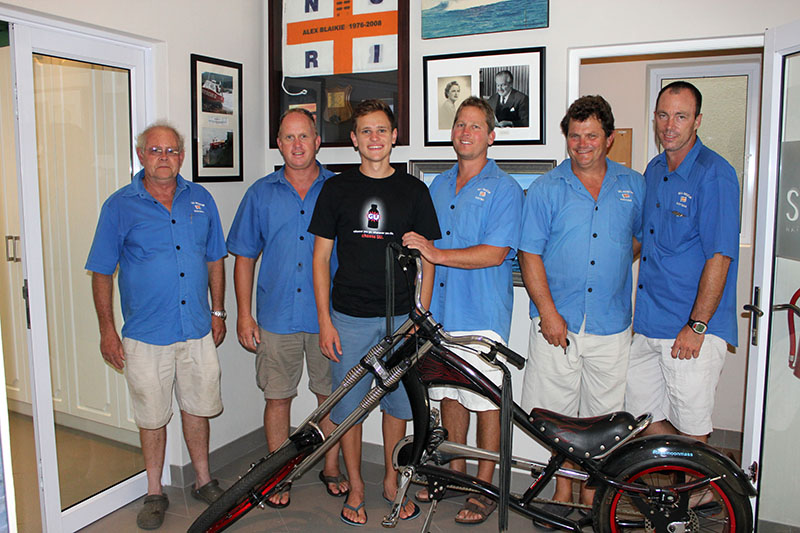