The 220 meter bulk carrier NAVIOS NORTHERN STAR arrived off Port Elizabeth just after 03h00 this morning, Sunday, 27th April, carrying 20 fishermen that they had rescued from a life-raft some 65 nautical miles off Plettenberg Bay.

The rendezvous with NAVIOS NORTHERN STAR was 5 nautical miles off Port Elizabeth in sea conditions of a light 0.5 to 1 meter swell, no wind and rain conditions.

Two NSRI rescuers were taken aboard the NAVIOS NORTHERN STAR to assist with the evacuation of the 20 rescued fishermen.

The 20 rescued fishing crew of the sunken 23 meter Cape Town registered Long-Liner fishing vessel STARFISH were brought down from the NAVIOS NORTHERN STAR one at a time down the Pilot ladder.

NAVIOS NORTHERN STAR, sailing deep sea past South Africa, last Port of call Latvia and sailing, fully laden, to Singapore, had interrupted her voyage by an estimated 400 nautical miles to divert to effect the rescue operation, and bring all 20 casualty crew to Port Elizabeth after responding to the Mayday distress call sent out by FV STARFISH at 11h16 yesterday (Saturday, 26th April).

The skipper and crew of FV STARFISH commended the skipper and crew of NAVIOS NORTHERN STAR for the fine rescue effort displayed saying that they had managed to bring the 220 meter fully laden bulk carrier only a few meters from the liferaft, after arriving on-scene at around 14h30, Saturday, 26th April, close enough to be able to throw a line to the life-raft and reel her to the ships side before bringing all crew up on deck.

On her arrival on-scene all 20 crew of FV STARFISH were in the life-raft and only the nose of FV STARFISH protruded out of the water. The FV STARFISH subsequently sunk completely during the rescue effort.

This morning once all 20 fishermen were taken off NAVIOS NORTHERN STAR the ship departed to continue on her voyage.

The 20 casualty crew were brought ashore. They are cold, tired and some were barefoot but all are in good spirits despite their ordeal. Ages of the casualty crew range from their early 20’s to their early 60’s. Some crew have been with the fishing vessel for as long as 18 years. There is a father and son in the crew and the chef, aged in his early 60’s who was due to retire following this voyage. The youngest crew member was on his maiden voyage.

The crew are made up of Capetonians, Kenyans, Angolans and Namibians.

Skipper and owner, Horatio Gomes, from Edgemead, Cape Town, said that they first noticed at around 09h00 on Saturday that they were taking water from unknown causes.

The fishing vessel, which NSRI believe is not insured, was on her 13th day of a fishing voyage and fully laden with fish and they were preparing to set sail for Cape Town following what was described by the fishermen as a successful fishing trip.

The skipper suspects that perhaps they sprung a plank on the wooden hull as no one believes that they had hit any submerged object.

On waking in the morning they noticed that the vessel was taking water (at around 09h00) and they set up pumps and got under way using the bilge pumps to pump water out of the boat but the ingress of water was faster than what they could pump out.

Once water had flooded the bait boxes and the pumps and the motors had started to get clogged, realising that there was no hope left, they donned life-jackets, sent a Mayday distress call, and the skipper ordered his crew to prepare to abandon ship.

NSRI Mossel Bay had been alerted and NSRI Knysna had prepared to respond sea rescue craft while an all ships alert had been broadcast by Telkom Maritime Radio Services and NAVIOS NORTHERN STAR had diverted from her voyage to respond to the Mayday distress.

The fishing vessel was some 120 nautical miles off Plettenberg Bay when they started taking on water. The skipper had then motored towards the shipping lanes once he realised that they could not extricate water fast enough using the pumps and bilge pumps.

They had reached 65 nautical miles off Plettenberg Bay when the vessel finally succumbed.

Knowing that NAVIOS NORTHERN STAR had diverted from her voyage to come to their rescue, and with the fishing vessel listing and started to turn over, the skipper gave the final order for his crew to abandon ship into the life-raft and while waiting for the imminent arrival of NAVIOS NORTHERN STAR they watched from their life-raft as their fishing vessel sunk before their eyes.

The skipper has commended his crew for the calm and orderly manner in which they abandoned ship into the life-raft. All were wearing life-jackets and they left their sinking vessel in an orderly fashion.

When NAVIOS NORTHERN STAR arrived at 14h30 only the nose of the fishing vessel still protruded out of the water.

The 20 crew members are being housed in the new NSRI building that is under construction in the Port of Port Elizabeth (the building is currently under renovation and is just an empty shell) while arrangements are being made for the fishermen to return to Cape Town.

NSRI Port Elizabeth have made temporary arrangements for the men to eat and make coffee.

Ian Gray, NSRI Port Elizabeth station commander, said that NSRI can commend the crew of the FV STARFISH for their efforts, under the circumstances, to reach the shipping lanes and to all successfully abandon ship without incident and without injury.

Ian Gray also said that NSRI can commend the skipper and crew of NAVIOS NORTHERN STAR for effecting a successful rescue operation at sea of all of the casualty crew without incident and without injury.

It is estimated that the bulk carrier NAVIOS NORTHERN STAR estimated time of arrival off-shore of Port Elizabeth will be 03h00 tomorrow (Sunday, 27th April).

The 20 fishermen rescued are all reported to be in good health and safe in the care of the NAVIOS NORTHERN STAR crew.

NSRI Port Elizabeth will launch their sea rescue craft at around 02h30 and will bring all 20 fishermen ashore at the Port of Port Elizabeth.

STARFISH, the fishing vessel that sunk, is a Cape Town registered vessel.

NSRI Port Elizabeth  crew are on alert to respond at approximately 02h00 tomorrow morning (Sunday, 27th April) to rendezvous with the bulk carrier NORTHERN STAR, due to be off-shore of Port Elizabeth, to evacuate 20 fishermen that abandoned their sinking fishing vessel STARFISH earlier today and who were rescued out of their life-raft by the NORTHERN STAR.

It appears that STARFISH had sent a Mayday distress call at approximately after midday today reporting to be taking water and sinking approximately 60 nautical miles off-shore of Plettenberg Bay.

NSRI Mossel Bay were alerted and later NSRI Knysna were tasked to respond to reports that the 20 crew members had abandoned ship and were in their life raft.

NORTHERN STAR confirmed that they will bring all 20 fishermen to Port Elizabeth and that STARFISH was confirmed to have sunk completely. 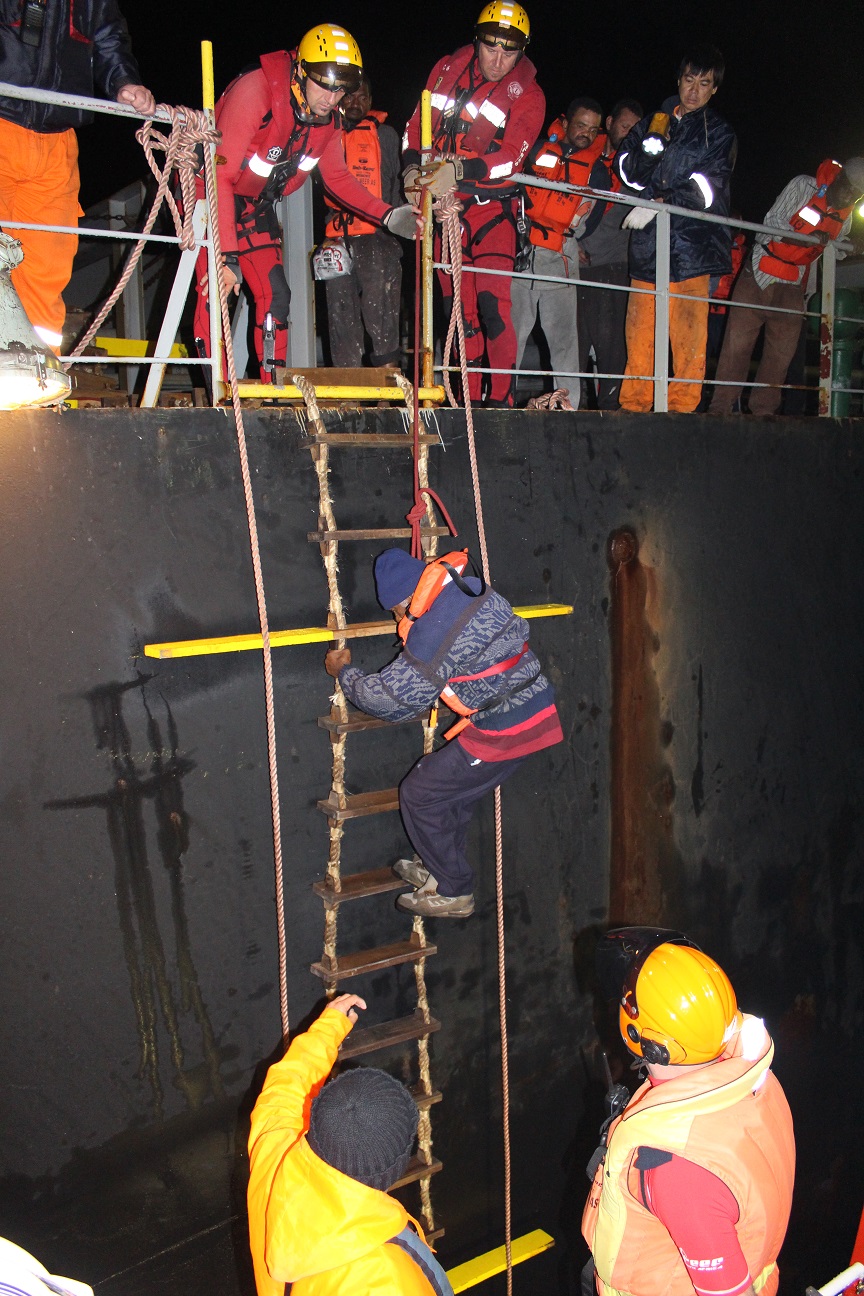