Walking around with a sponsored shirt often has people looking at you wanting to see what is written on your shirt.  When PE WaterWise Instructor, Marcus Oshry, was sitting at a restaurant, waiting for takeaways, the waiter looked at his shirt and after a few minutes, asked what WaterWise meant.

After Marcus explained to him that WaterWise Instructors went out and educated previously disadvantaged children about water safety, he started to ask all sorts of questions about the sea. Eventually Marcus had him sitting on the other side of the table and gave him a full workshop on Rip Currents and CPR!

He was fascinated by the sea and admitted he had no idea how it worked but he loves to paddle around in the small waves.  After he learnt about the Rip Currents, he realised that he had been making a huge mistake by staying away from the bigger waves and swimming where there were no waves.  He says that he will always look for the different size waves and the colour of the water and make sure he stays where he can see that it is shallow ( shallow water is light in colour and deep water is dark).

When Marcus was done the man thanked him for taking the time to teach him a life skill that he would never have normally received.  Who would have thought that sushi takeaways would have ended up in a WaterWise Workshop …

WaterWise is proudly sponsored by TNPA. 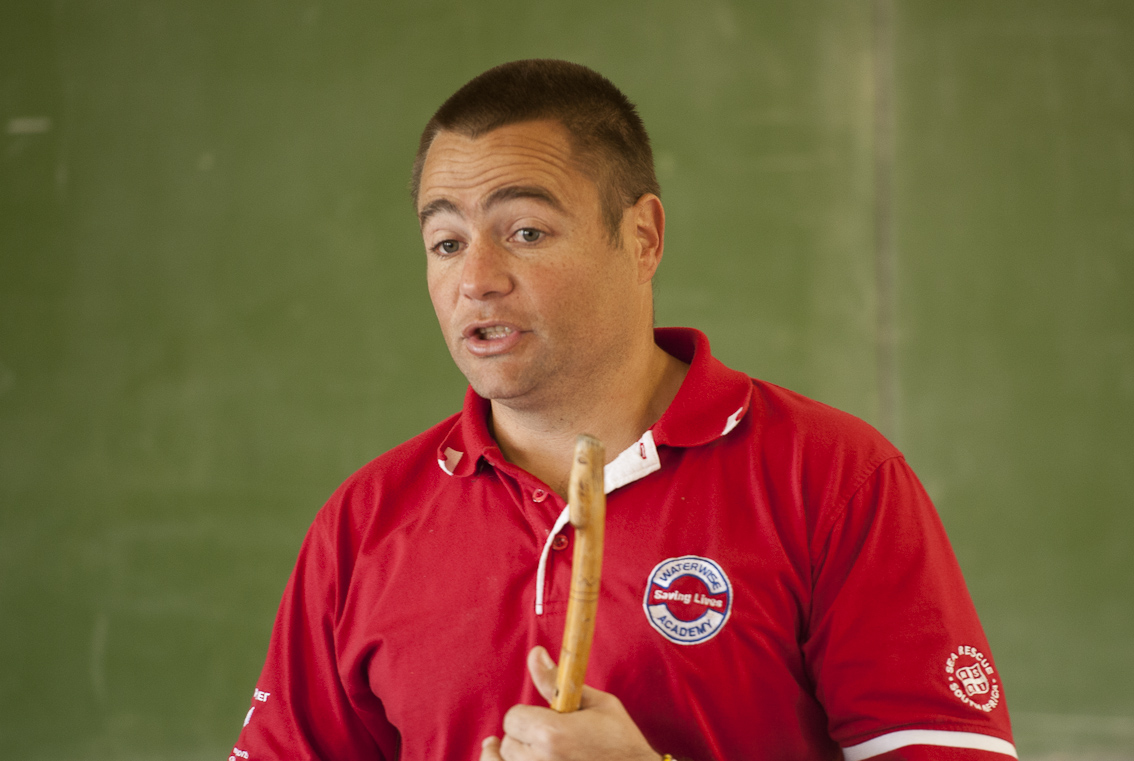