At 21h30 on Monday the 23rd of December NSRI Table Bay volunteers were placed on alert by the Transnet National Ports Authority to prepare to launch in the early morning to collect solo sailor Michael Kuun, 47, from Benoni Johannesburg, who had abandoned his damaged yacht mid ocean and was being brought to Cape Town aboard the 270 meter oil tanker AQUA FORTUNE, following a dramatic ocean rescue in the deep mid Atlantic.

Pat van Eyssen, NSRI Table Bay station commander, said: “Michael had sailed from East London to Saldanha Bay with his girlfriend, both from Benoni Johannesburg, and had experienced some problems with his 43 foot yacht MISCKY. Repairs were effected at Saldanha Bay before he embarked on a solo voyage on Friday 20th December headed for St Helena Island – his ultimate destination the Caribbean Islands where his girlfriend would meet up with him later.

Into the voyage Michael picked up further problems with the yacht and 350 nautical miles out his rigging failed, with the sails set and unable to be lowered,  the yacht became unsailable and unstable. He phoned his girlfriend who raised the alarm and on the 22nd December the oil tanker AQUA FORTUNE, sailing from Mauritania to Singapore, the nearest vessel in the general area at the time, diverted from her voyage to attempt a rescue effort.

On the afternoon of the 22nd December AQUA FORTUNE rendezvoused with the yacht 350 nautical miles West off the coast of South Africa. Michael described how he communicated with the Captain of the ship over a hand held radio standing on the deck of his yacht. In reasonably rough seas there was some confusion on how this rescue would take place and with the possibility that he would have to enter the water, he put on a wet suit and a life-jacket already accepting the fate that he had no choice but to abandon his yacht and his worldly possessions.

The ship made numerous attempts to get close enough to the yacht to rescue him but in heaving 3.5 to 4 meter swells and gusting up to 35 knot winds he feared his yacht would be crushed by the ship. AQUA FORTUNE in all made 6 attempts to rescue Michael.

The ships Captain suggested that they abandon the rescue effort and the ship volunteered to stay at his side while possibly another smaller ship come to collect him; but after some consideration the Captain of the cargo vessel suggested that they make one last effort.

The ships crew fired a rope by rocket launch but in the strong winds the rope fell into the sea away from the yacht. “The ships crew were shouting at me to grab the rope” said Michael “and I realized I had no choice but to jump into the sea.”

Michael described how, now in the water, he grabbed the rope but the ship was still under power and he started to get dragged alongside the ship and fearing he would be dragged under the ship he let go of the rope watching helplessly as the ship went by.

The ship takes about half an hour and 2 nautical miles to turn around and in that time Michael was adrift in the ocean. He tried to swim back to his yacht but because it was still under sail. It simply drifted further away from him.

His only hope now was left to the efforts of the ship; but the afternoon glare of the sun and the small target of a lone person bobbing in a rough mid Atlantic sea proved challenging. The ships crew had lost sight of him and were desperately trying to spot him, all while Michael waved and shouted to try and attract their attention.

After a search the ships crew eventually spotted Michael and they threw him a rope attached to a net. He says he clung on for dear life and was pulled safely aboard.

Carrying only his passport, a few dollars, a wet suit and his life-jacket, with mixed emotions and a sad sense of loss, Michael was happy and grateful to his rescuers and he has described how they took him in and treated him like royalty aboard their ship.

Arrangements were made with the ships owners to bring him to cape Town.”

Michael was transferred onto the SPIRIT OF VODACOM after bidding his rescuers farewell.

Once in Table Bay the crew of Station 3 Table Bay ferried Michael to the immigration office where he had his passport stamped. He is due to fly to Johannesburg at 16h00 today.

Michael commends the skipper and the crew of AQUA FORTUNE for coming to his rescue.

A fishing vessel that was also making its way towards the yacht has been in communication with Michael regarding a possible salvage of his yacht but it appears that this may not happen and the yacht is for now lost to the sea. Michael has left a note on the yacht asking anyone that finds the yacht to at least get in contact with him to return some of his personal belongings.

PICTURES OF MICHAEL KUUN and the transfer this morning will be available for media on the Sea Rescue FLICKR page. 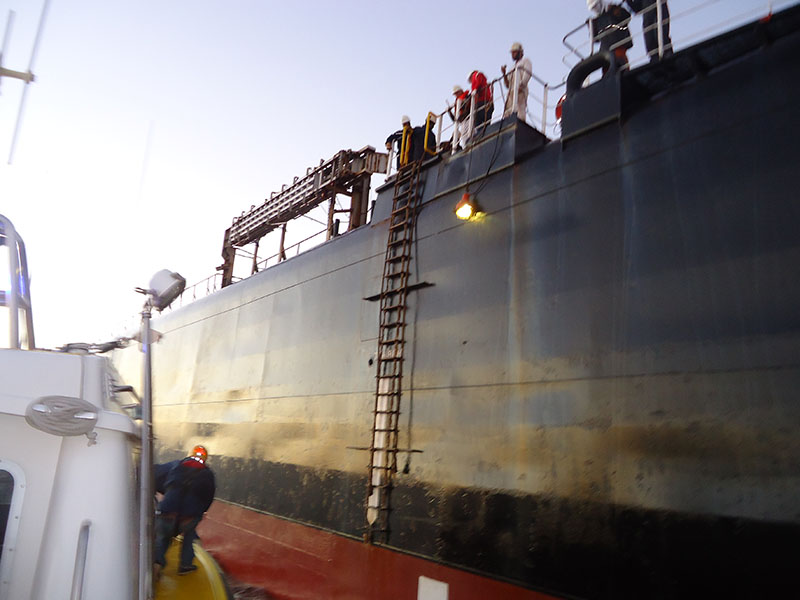 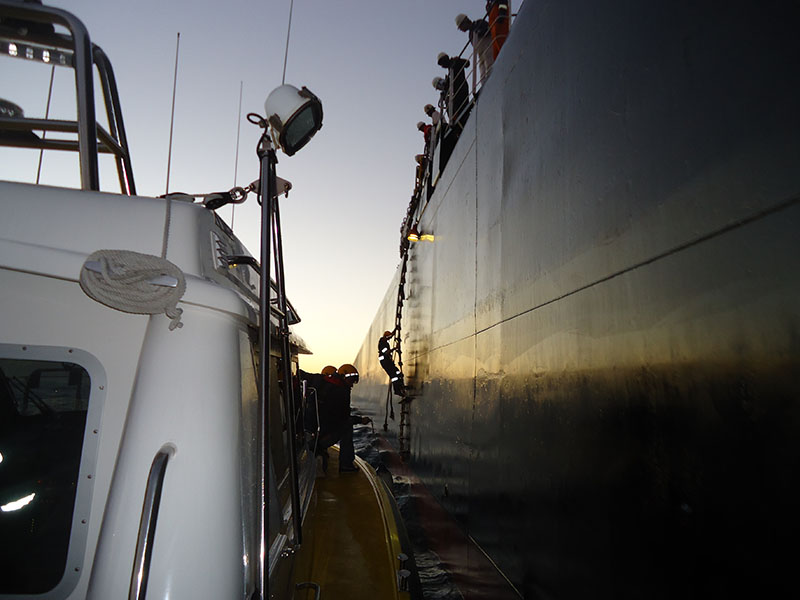 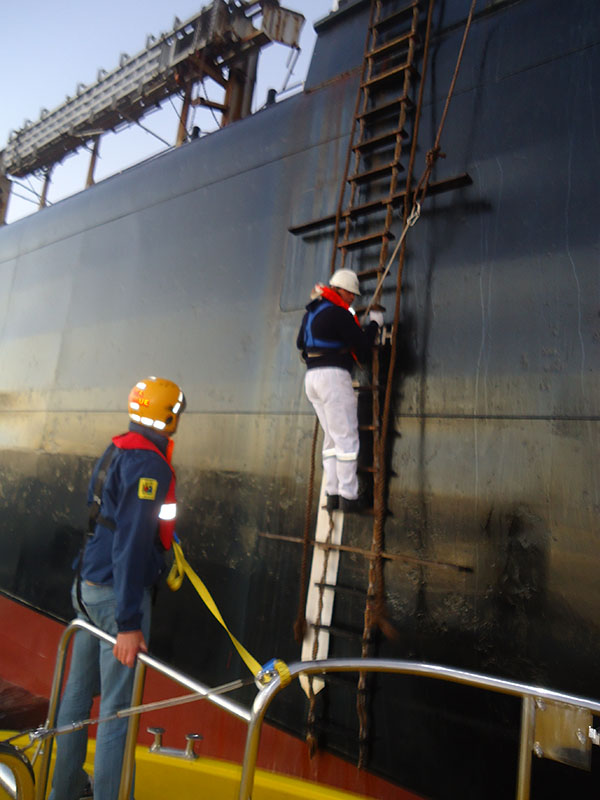 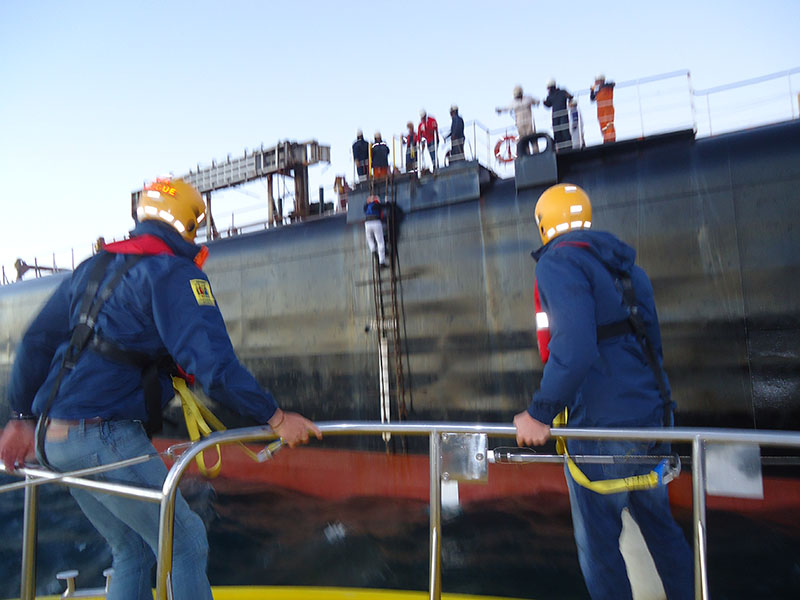 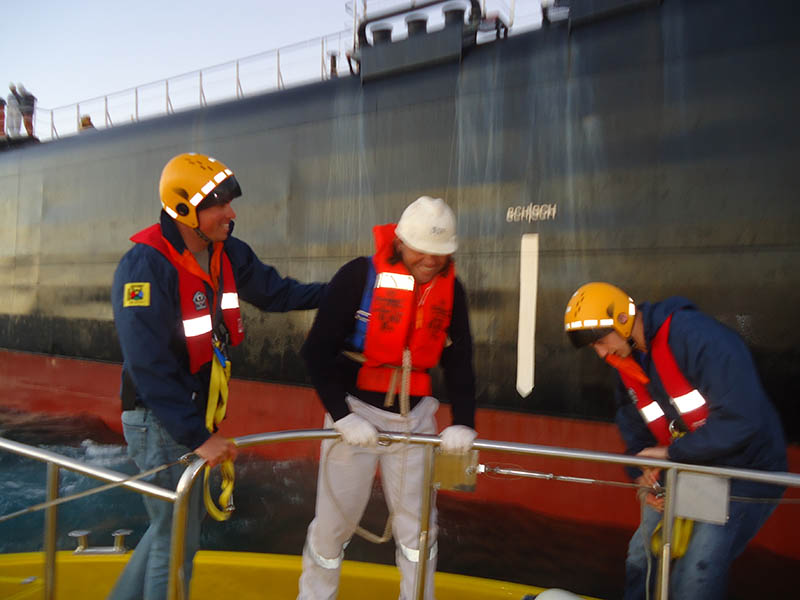