Andre Fletcher, NSRI Durban deputy station commander, said:  “At 13h30 (Saturday, 15th June) while our Durban crew were on routine exercises at sea when they came across a couple on a Hobie Cat, about a nautical mile off-shore of Durban’s Port.  The couple seemed to be in some sort of difficulty, both were in the water and the Hobie Cat appeared to be filling with water.

“We offered to help them and they confirmed that the one hull of the Hobie-Cat was completely water logged. They had been attempting to rectify the situation themselves and they were in the process of raising the alarm when our sea rescue boat appeared at their side.

“We deployed rescue swimmers into the water and we took the female, Stephanie Hall, 38, onboard Megan II as she was suffering from hypothermia and her husband Brad, 39, stayed in the water to help recover his boat.

“While we started re-warming treatment for Stephanie our rescue swimmers in the water assisted Brad to gather the Hobie-Cat sails and assess the damage.  We attempting to re-float the waterlogged hull and our 10m deep-sea rescue craft EIKOS RESCUER II (also on routine exercise but further out to sea) was summoned to assist in the rescue operation.

“On the arrival of EIKOS RESCUER II  an additional rescue swimmer was deployed into the water, from the bigger sea rescue boat, to assist in the recovery of the Hobie-Cat.

“Stephanie was transported, aboard our sea rescue craft MEGAN II, to our sea rescue base where treatment for hypothermia continued and after responding well to treatment she was released requiring no further assistance and we transported her by road to Vetch’s Beach where she was reunited with her husband. The couple is from Durban.”

PICTURES FOR MEDIA ARE AVAILABLE ON WWW.NSRI.ORG.ZA FLICKR PAGE. 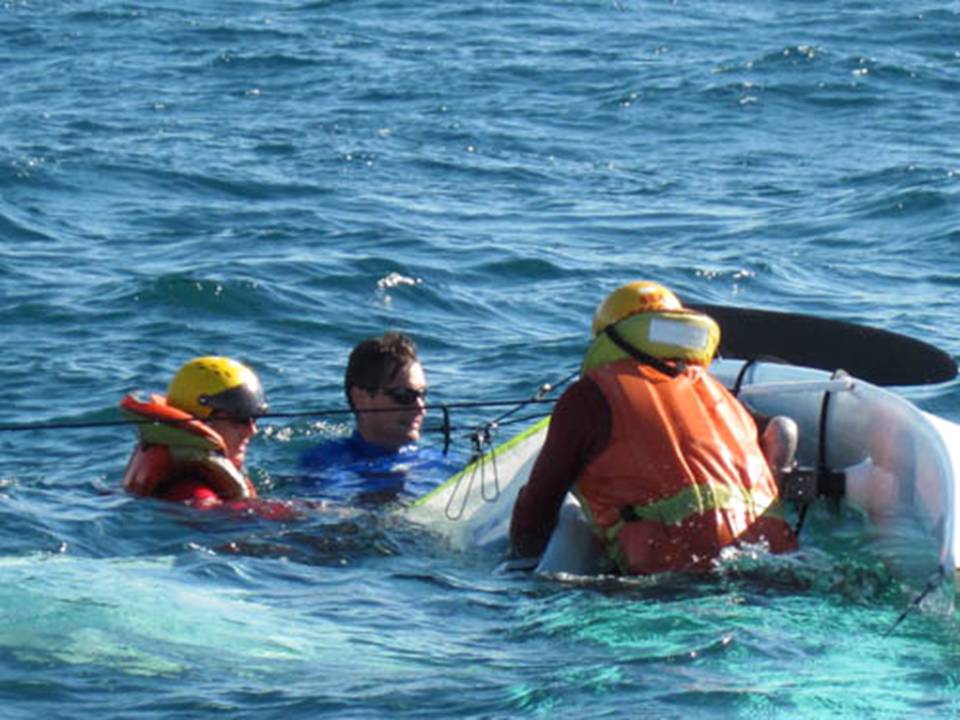 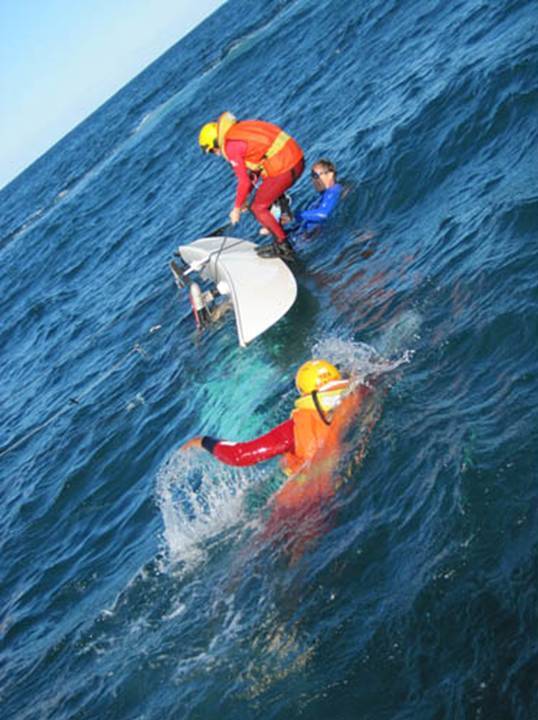 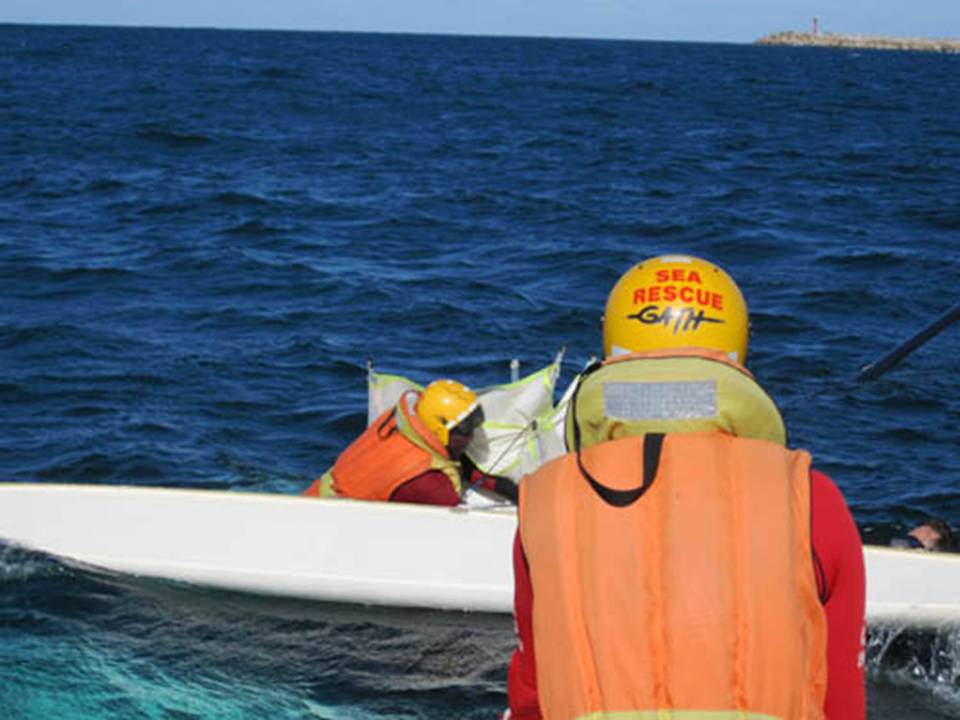 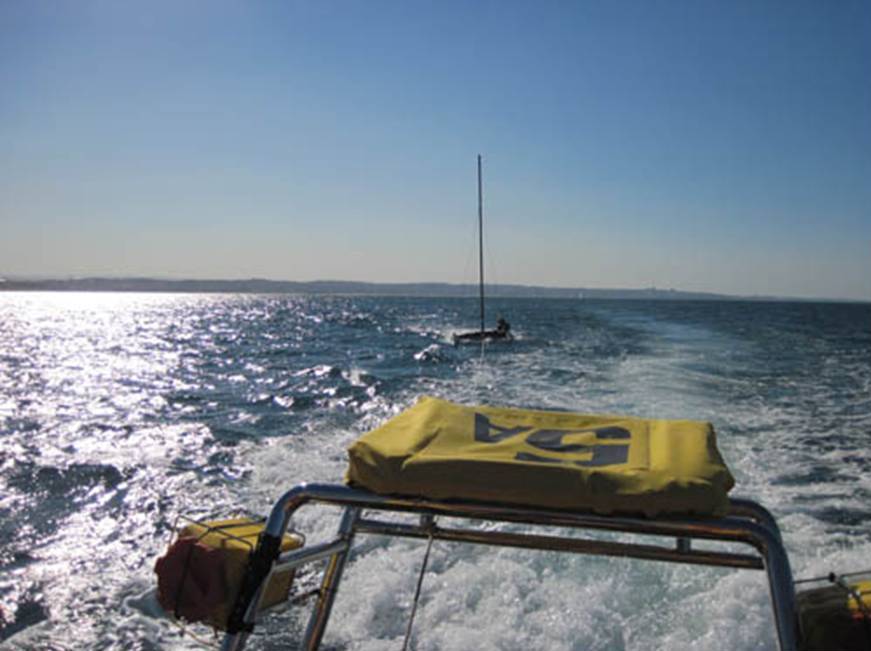