“At 07h30, Saturday, 16th March, NSRI Agulhas volunteer sea rescue duty crew were activated following reports of an angler bitten by a shark at De Mond, 15 kilometers from Struisbaai, and reported to be unable to walk and losing blood.

“Because of tidal conditions, making the area inaccessible by road, the Overberg Fire and Rescue Services were alerted and they dispatched a Working on Fire helicopter accompanied by WC Government Health EMS paramedics, Fire and Rescue Services personnel and NSRI Agulhas rescue volunteers onboard and responded and was able to land close by to the scene.

“On arrival on-scene we found 30 year old Kobus Koeberg, from Hermanus, suffering lacerations to his left leg on his calf and on his achilles heel but otherwise fully conscious and in good spirits.

“The patient was stabilized by paramedics on the scene and loaded into the helicopter and airlifted to Bredasdorp where he was loaded into an EMS ambulance and transported to the Bredasdorp Hospital for further treatment.

“The patient was later transferred by ambulance to a private hospital in Hermanus where he is undergoing surgery to repair damaged tendons.

“Mr. Kobus Koeberg had been taking part in a ‘tag and release’ surf angling competition. It appears he had caught an approximately 1.5 meter Ragged Tooth shark (it is reportedly common to catch sharks in these competitions) and he was in the process of measuring and releasing the shark in shallow surf when a wave knocked him over and the shark bit him.

“The shark was safely released.” 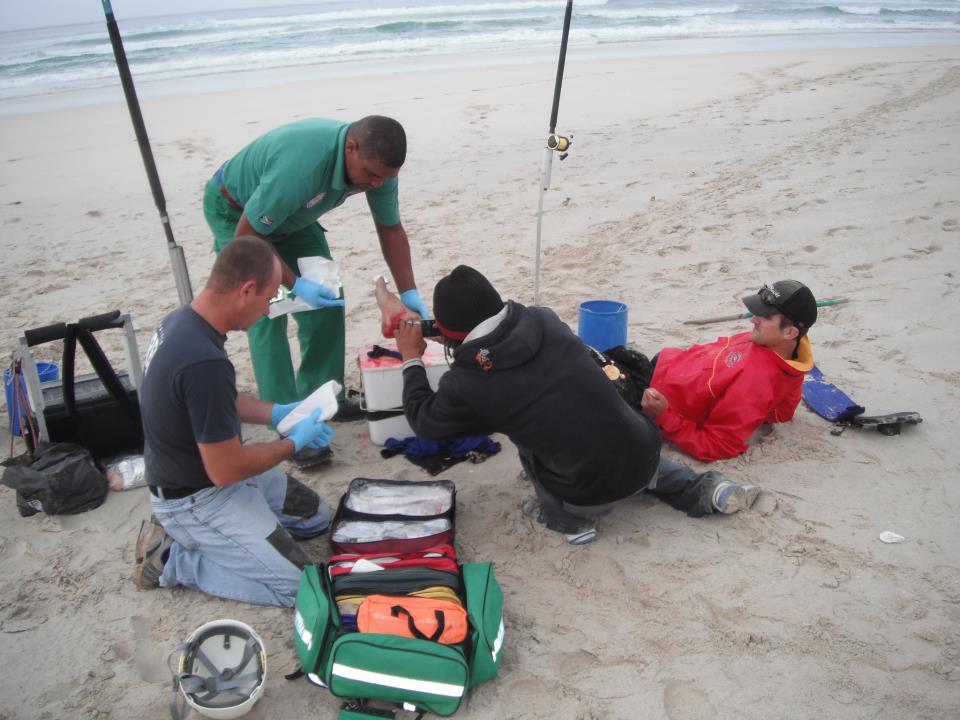 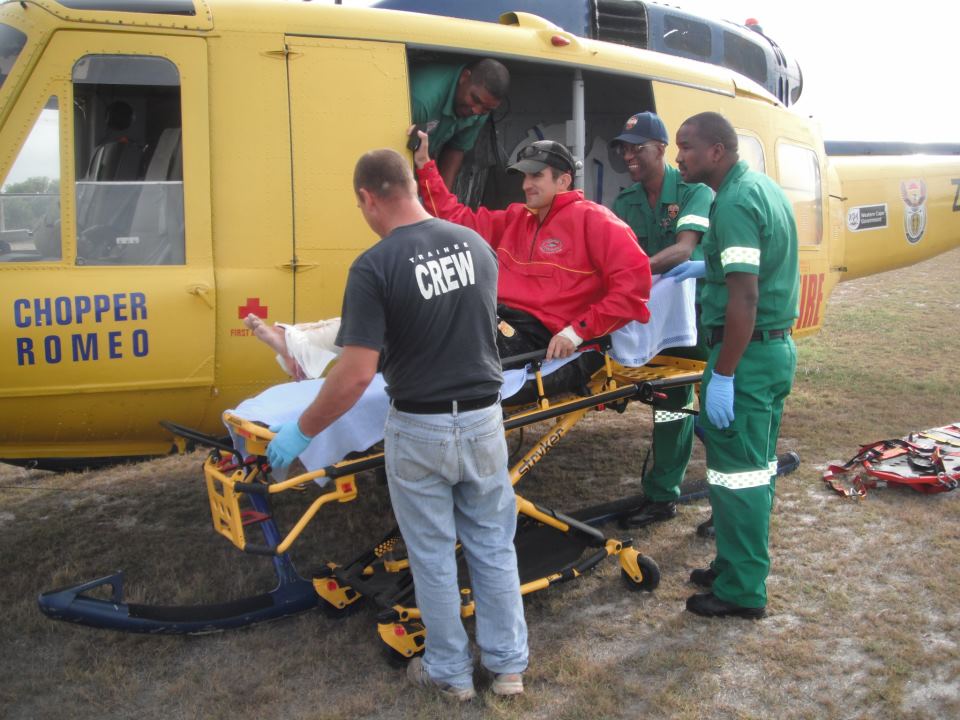