Skip to content
STATION 11, Port Alfred
At 19h00 last night ( 27 December 2012) NSRI volunteers from Port Alfred were called out for a drowning in progress at Kasouga, 10 miles West of Port Alfred.
Juan Pretorius, Port Alfred station commander, said that the NSRI volunteers launched Lotto Challenger and sent their rescue vehicle, with NSRI swimmers by road to the scene.
The SAPS, Multi Security and Traffic officials also responded.
A Multi security official was first on scene and initially could see the 22 year old Amanzimtoti man who had been caught in a rip current, but lost sight of him before the NSRI volunteers arrived on scene.
The Port Alfred Sea Rescue crew searched for the man from the shore and from Lotto Challenger until the fading light made it impossible to continue and the operation was called off at 20h15.
The SAPS have taken over the search and recovery operation.
Sea Rescue urges swimmers to only enter the water at beaches where lifesavers are on duty and to swim between their flags. 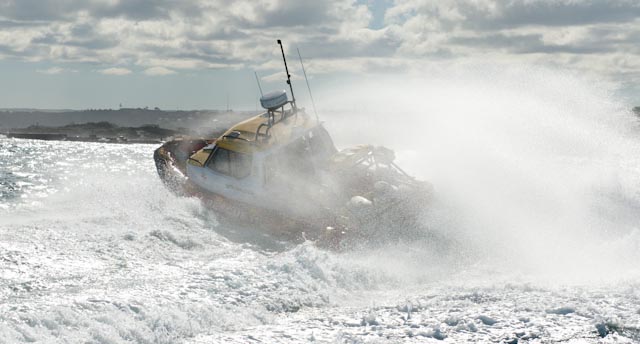