The Port Elizabeth volunteers were called out by Transnet National Ports Authority following a request for assistance from the 10 meter ships supply boat Syncro reporting to be limping back towards Port Elizabeth after being engulfed by a wave four nautical miles south of Cape Recife with 3 crew onboard.

Ian Gray, NSRI Port Elizabeth station commander, said that at 20h45 on Sunday, 05th August the vessel Syncro, a ships supply vessel which carries supplies and routine crew rotations out to passing ships on behalf of ships agents, was heading out to sea to re-supply a passing ship, when about 12 nautical miles from PE, she took a wave over the starboard quarters which engulfed her.

Her cargo was shifted to one side, causing the port gunnel to sink to the water line, and the port motor stopped working.

The vessel, then took more waves over her bow which swamped her.

The 3 crewmen onboard fought to save the vessel, which included dumping cargo overboard.

While limping back to  port, on one motor, the captain of the vessel put out a request for assistance.

Our duty crew launched Spirit of Toft and Eikos Rescuer IV and rendezvoused with Syncro just off the Port Elizabeth beachfront.

On arrival they found the vessel lying low in the water but making good headway in the calmer bay. She was escorted into port where she was run onto the beach.

NSRI volunteers then assisted pumping her free of water and then the vessel was re-floated.

Syncro’s crew, skipper John Liverick, Mr. Nduzi and William Hennop, all from Port Elizabeth, are commended for their handling of the emergency and for saving their vessel under what must have been trying circumstances.

Then, at 22h00, the duty crew launched Spirit of Toft to rendezvous with the 255 meter bulk carrier Orient Crusader to casualty evacuate a crewman, 32 year old Oleg Storozhenko, from the Ukraine, who is suspected to be suffering appendicitis.

A request for medical assistance had been received from the ships agent at 18h00 and NSRI Port Elizabeth were placed on alert. The ship, which was due to pass Port Elizabeth, was asked to sail closer to land for the medical rescue operation.

Justin Erasmus, NSRI Port Elizabeth deputy station commander, said that Spirit of Toft responded at 22h00 to rendezvous with the ship 6 miles east of PE. On arrival on-scene 2 NSRI crew medics were put onboard the ship and the patient was found to be in a stable condition. He was transferred onto our sea rescue craft and brought to shore before being transported to hospital by a Gardmed ambulance in a stable condition. 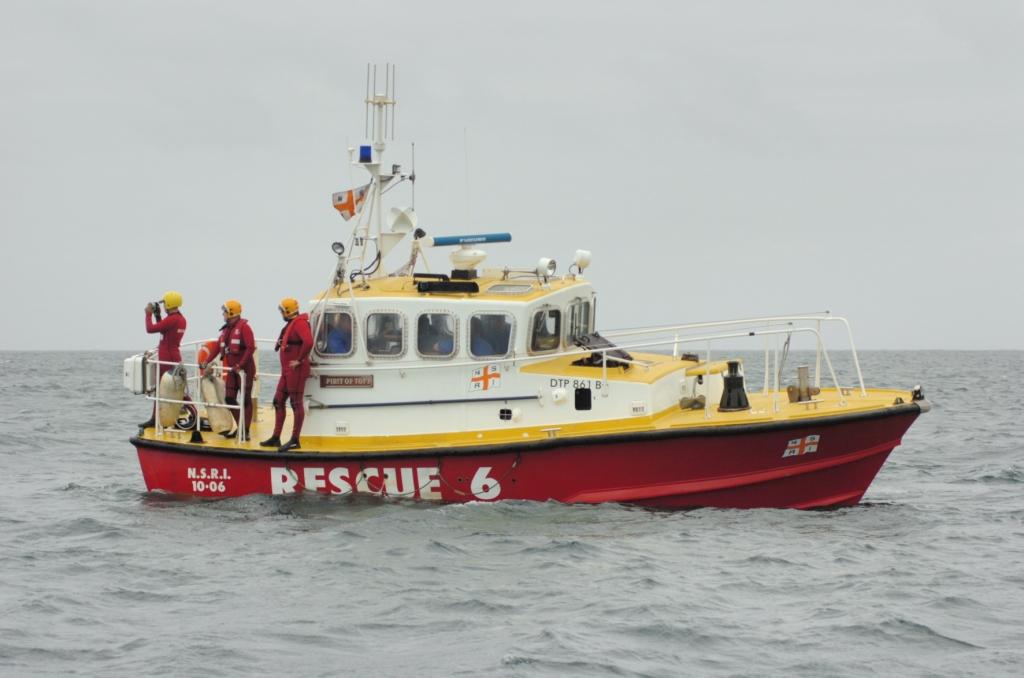