“On arrival on-scene all 5 people from the capsized boat were coming ashore after mostly swimming and wading ashore. Local members of the public may have assisted in aiding some of the ‘casualties’ ashore. The casualties are skipper Dion Adams, 46, and his son Nathan, 13, and Rodney Adams, 43, Mitchell Thorne, 23 and Rayford Sampson, 40, believed to all be locals from the surrounding areas of Strandfontein.

“They reportedly launched in Gordon’s Bay at 09h00 to fish off-shore of Strandfontein and while fishing, at approximately midday, they capsized from unknown causes.

“According to their account the 13 year old was initially swept away from the boat but, like the rest of the adults, he also managed to swim ashore.

“They were all assessed medically by paramedics and they refused transport to hospital and it appeared that only one of the adults was slightly injured and he too refused any further medical assistance and there were no other injuries.

“Their boat is hard aground and appearing to have sustained damage on rocks just off-shore of Strandfontein.

“The owners will decide on salvage efforts later and the emergency services have stood down, to return to base, with no further assistance required on-scene.” 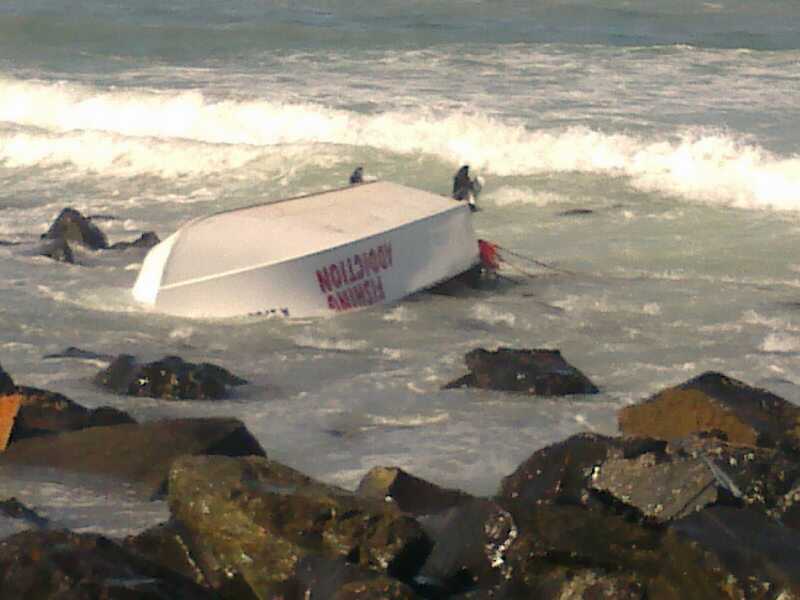 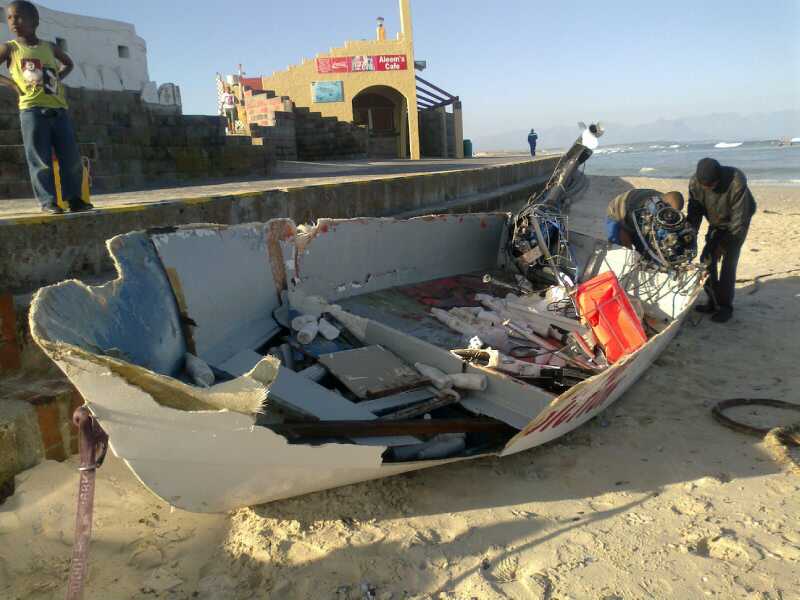