At 19h01 on Tuesday, 24th January NSRI Shelly Beach duty crew and Police Search and Rescue were called out following an eye-witness report of two people on Boogie Boards being swept out to sea at Ramsgate Beach.

Danie Coetzer, from Centurion, now living in Dubai and on holiday on the South Coast, after noticing the two boogie-boarders in trouble in the waves, googled NSRI on his iPhone and then called the direct sea rescue emergency number, reporting to the NSRI that he was witnessing the two boogie boarders being swept out to sea and in urgent need of assistance.

During the response Danie kept the NSRI control updated saying that the two boogie boarders, 1 person in a wet-suit, appearing to be stronger, and 1 younger person, not wearing a wet suit, and appearing to be weak and in serious trouble, had been separated by about 75 meters and were between 150 meters to 200 meters off-shore, both struggling to try to paddle their boogie boards towards shore to no avail.

At one stage during the ordeal, and with NSRI and Police divers estimating their time of arrival on-scene to be another 6 minutes, Danie voiced his fears to the NSRI Control saying that the youngster who was not wearing a wet-suit looked as if he couldn’t hang on for much longer and had now stopped trying to paddle towards shore.

On arrival  three members of the Police Search and Rescue team found a 15 year old from Ramsgate, identified as Matthew, on the beach. He had managed to reach the shore without assistance.
Attention was then focused on the second casualty, 25 year old Eugene van Dyk, also from Ramsgate, who appeared exhausted and Police search and Rescue support member, Warrant Officer Gawie Nel, threw Eugene a ‘throw-line’ which he grabbed onto and he was pulled out of the water.

Both Eugene and Matthew were treated for exhaustion and mild hypothermia and following treatment they were released.

The quick action of bystander Danie Coetzer and a swift response by Police Search and Rescue divers averted a certain tragedy at Ramsgate and they are commended for their actions.

An incident of this nature highlights again the importance of contacting the Sea Rescue Authorities immediately when witnessing a sea rescue emergency. In this case only a few minutes delay may have been the difference between life and death. 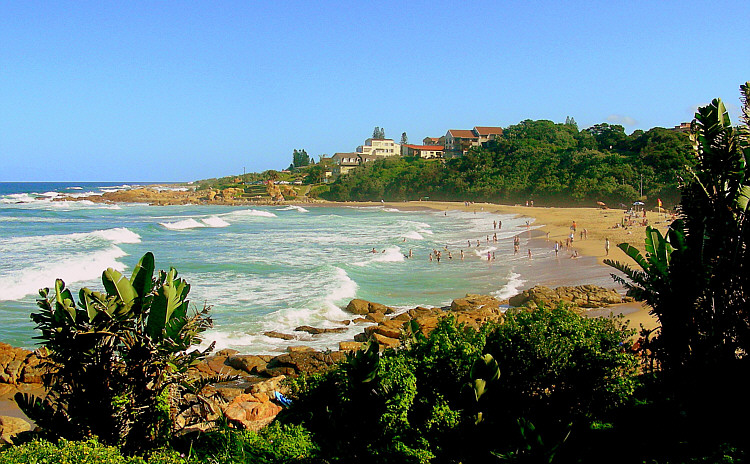