At 18h20 NSRI Bakoven volunteer sea rescue duty crew and Metro EMS were activated following eye-witness reports of a man being swept out to sea at Clifton 1st Beach.

On arrival on-scene the eye-witnesses told rescue authorities that they no longer had a visual of the man that they had suspected to be in difficulty and they feared that he had disappeared under water.

An extensive air, sea and shore search commenced and during the search further eye-witnesses were sought on the beach. During investigations into the incident it was confirmed that a man who may have looked like he was in difficulty, while swimming in the big surf, had in fact got out of the water safely further down the beach. The eye-witnesses, confirmed that he was the man they had thought had been in difficulty.

Rescue resources returned to base satisfied that this was a case of a false alarm with good intentions.

NSRI commends the two women eye-witnesses for their reliable approach to their real concerns for the swimmers safety. 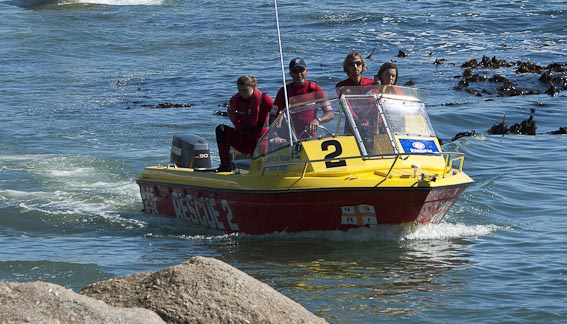