This is the Editorial, written by the Cape Times, in their Monday 3 January 2012 Edition:

THE Christmas-New Year holiday break is not called the silly season for nothing. It is a time when many workplaces close their doors as  friends and family take off time to gather together to celebrate, relax and drop their guard. Over this festive period, a group of dedicated people go into overdrive to keep our coastlines and  mountains safe for holidaymakers.

And so far, rescue services have been doing an exemplary job, with no sign of their workload letting up as the City of Cape Town’s Disaster Risk Management Centre yesterday issued an alert warning of very rough seas and wave heights over the next few days.

By late yesterday afternoon in the Western Cape alone, 15 people had been rescued and six people had drowned over the New Year’s weekend.

The National Sea Rescue Institute and Wilderness Search and Rescue, are at the forefront of these rescue operations. The NSRI, which has been operating since 1967, has 980 volunteers around the country manning 32 sea rescue bases and three inland dams. Its running costs are reduced significantly by the estimated R250 million in salaries saved by relying on volunteers. Like many organisations within Wilderness Search and Rescue, these trained volunteers give up their time for free to keep us safe.

They often put their own lives at risk in the line of duty, and are prepared to work 24/7 if they receive a distress call. Relying on donations, the NSRI is often at pains to point out that every contribution counts, and even a R50 donation from a member of the public is a great help – and seems an apt way to show our gratitude.

According to NSRI officials, the City of Cape Town contributes zero to the NSRI’s coffers, though more rescues are conducted within the City of Cape Town than in any other municipality, and many other municipalities do make contributions to the NSRI fund. Mayor Patricia de Lille has many priorities, and is 100 percent correct to prioritise the fight against poverty during her term of office.
But it would be appropriate for the city to make at least a token contribution to the life-saving volunteer operation.” 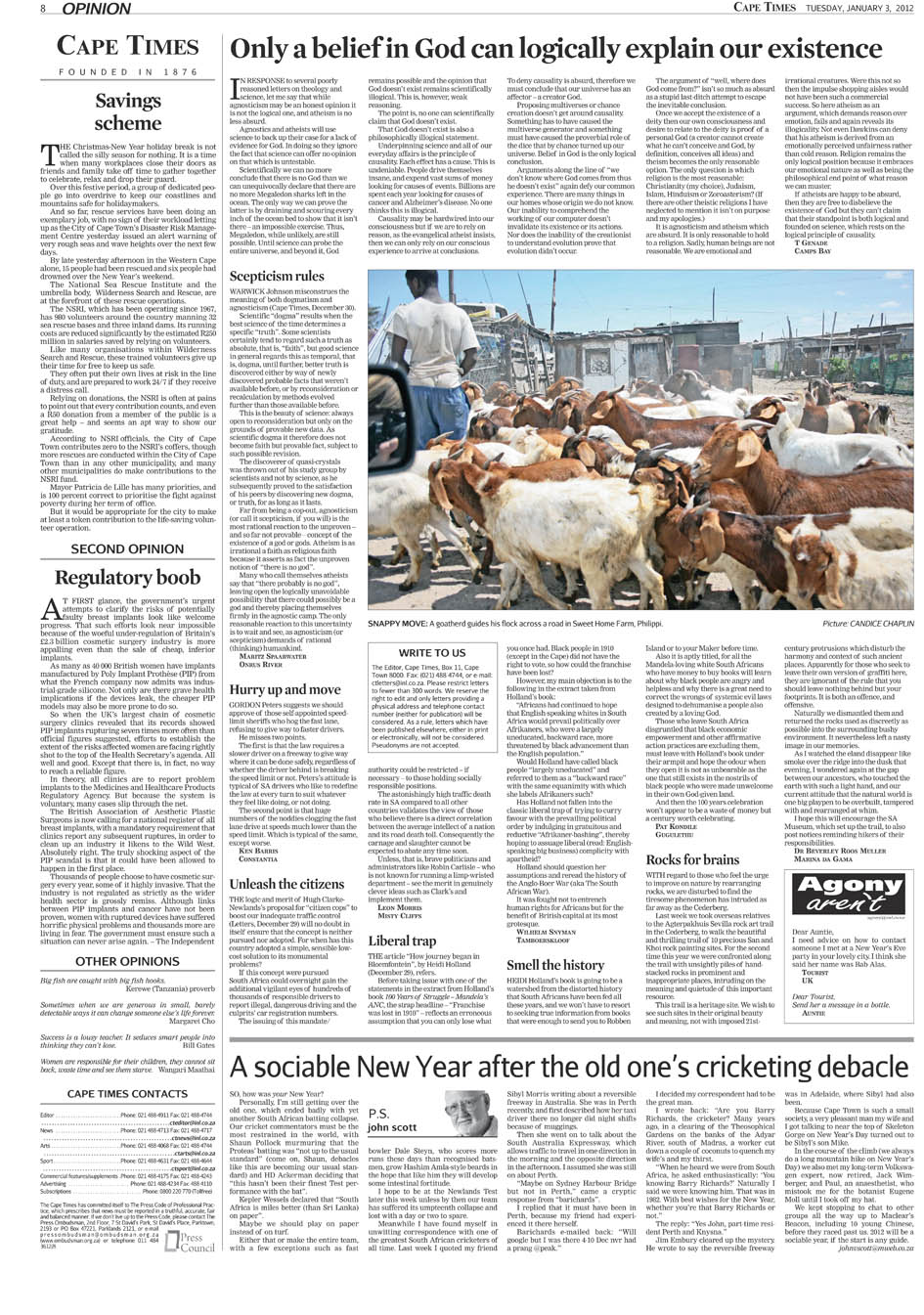