Marmion Marsh Award: Marmion Marsh was the MD of Safmarine from 1968 until he passed away after a short illness in 1985. He was a great supporter of NSRI. Safmarine supported NSRI in many ways, for example by having some of their employees on both the Board and NOTC and many meetings and AGM’s were held in their Head Office building free of charge.

Money was donated to NSRI by Marmion Marsh specifically for training and we still have an account known as the Marmion Marsh Training Fund.

After the passing of Marmion in 1985, Pat O’Sullivan decided to present and personally pay for a trophy for NSRI use, in the memory of Marmion for all the support that he had given NSRI over many years.

The Alric Simpson Award : Mrs. Simpson and her two sons decided to sponsor the Hermanus Brede “South Star” in memory of her late husband Alric but did not want the boat named after him although they did chose the boats name “South Star” which was officially launched by Mrs. Simpson at Hermanus in 1995.

Although the Simpsons didn’t want the boat named after Alric, she wanted an award named after him, and she wanted a trophy different to the norm. So Operations Director at the time, Allan Cramb,  was tasked to come up with an idea … and the Alric Simpson knot board was made.

The Simpsons were farmers in the Grabow area but used to often spend time in Hermanus which Alric enjoyed, hence they chose to sponsor a boat for Stn.17, Hermanus. Mrs. Simpson now lives in Somerset West. 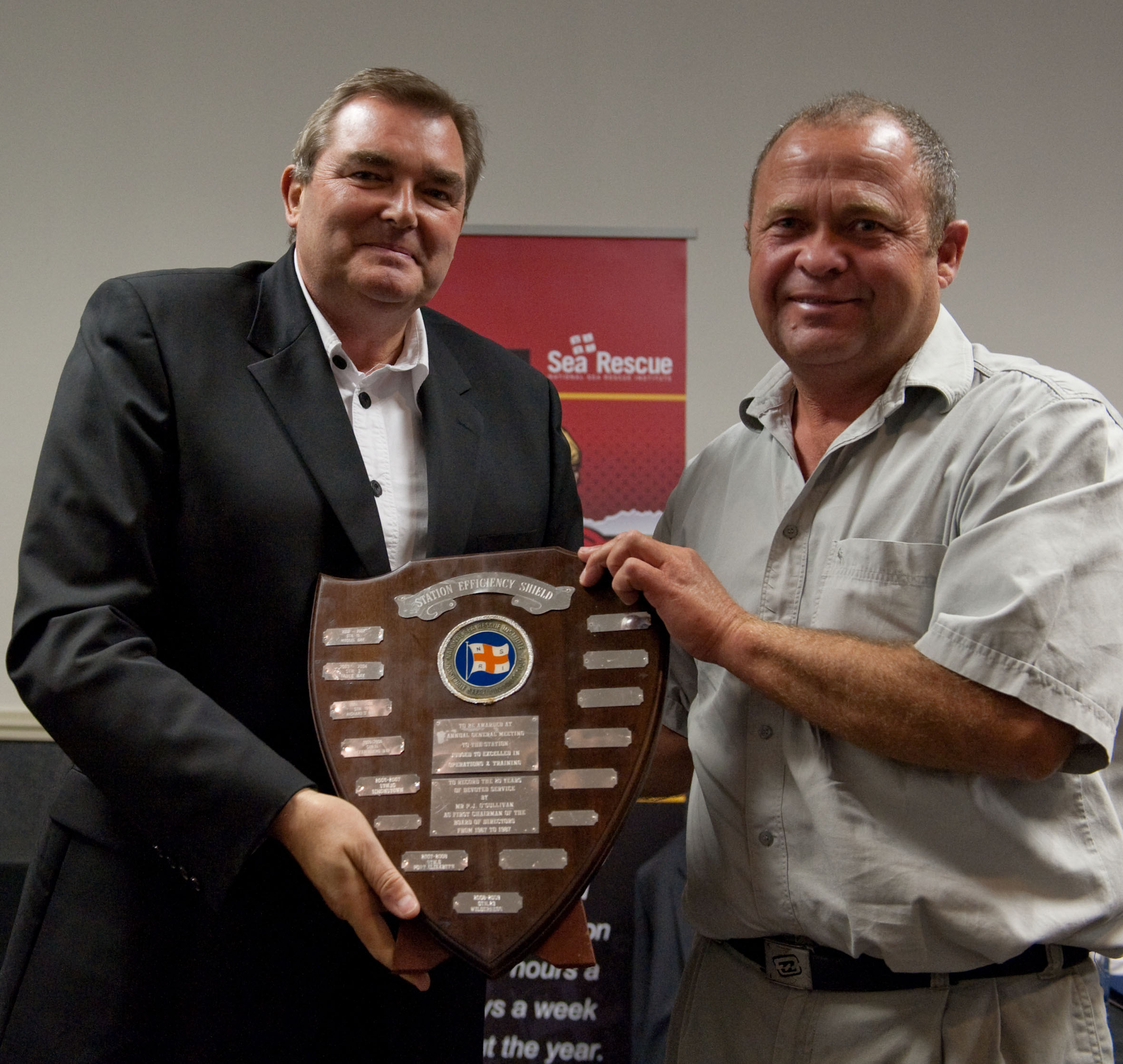