NSRI Mossel Bay launched their sea rescue craft VODACOM RESCUER and on arrival on-scene a tow-line was rigged to the fishing trawler and the casualty craft was towed safely to Mossel Bay harbor arriving, with all involved, safely, cold, wet and tired at 16h34.

At 10h40 NSRI St Francis Bay launched their sea rescue craft SPIRIT OF ST FRANCIS II to go to the assistance of NSRI Jeffreys Bay who had sustained motor failure on their sea rescue jet-ski during a stand-by off-shore at the 2011 Billabong Pro Surfing Contest.

Once all sea rescue craft were safely ashore the surfing contest continued without any further delays.

At 11h40 NSRI Mykonos were activated following reports of a yacht broken her mooring in gusting gale force winds at the Langebaan Yacht Club (LYC) on Langebaan Lagoon.

Further reports suggested two men had swum after the yacht to try to catch the yacht and their were fears they were both also now in difficulty.

NSRI Mykonos volunteers and the NSRI sea rescue craft responded to the scene where it was confirmed that both men had managed to get out of the water without any assistance and they were not injured.

The yacht, ORCA, a local yacht, had been swept across the Lagoon about 2 nautical miles and had run up the rocks on the shore of Schaapen Island where it has sustained a hole in the keel.

Since the yacht is hard aground the owner has been contacted and arrangements will be made to try to salvage the yacht when the wind subsides.

The sea rescue craft returned to base after it was confirmed their were no lives in any danger.

An NSRI Melkbosstrand sea rescue craft was activated and NSRI volunteers responded to the scene in the sea rescue vehicle.

While responding to the scene it was confirmed that one of the surf-skiers had run aground on a rocky island off-shore of Big Bay and there were fears he may be trapped on the island but once on-scene it was confirmed by NSRI Melkbosstrand volunteers that all of the paddlers were safely ashore and required no medical assistance. 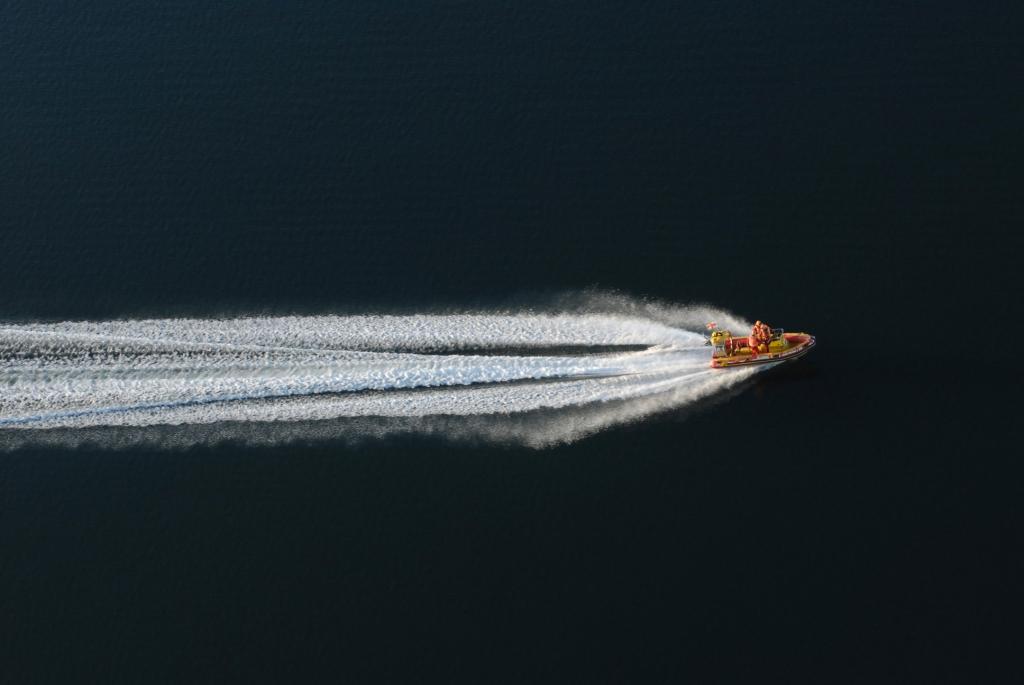