The skipper of the craft FREE MOMENT managed, with the help of a friends boat, to get his boat free off the sand bank at around 16h00 Sunday. NSRI Durban volunteers were in the process of launching a sea rescue craft to go to assist with the operation when the skipper called to say he had managed to get his boat free and he required no further assistance.

“On Saturday, 30 July at 18h21 NSRI Durban volunteer duty crew were activated by the Transnet National Ports Authority following reports of a 10 meter leisure boat beached on a sand bank, at low tide, in Durbans Port, with 5 crew onboard.

“Our volunteer duty crew launched our sea rescue craft MEGAN II and found the 10 meter pleasure boat FREE MOMENT hard aground on a sand bank in the middle of Durban’s Port.  Although all 5 local crew, 2 men and 3 females, were quite safe it was decided to take the 3 females to land, aboard our sea rescue craft.  The 2 men (the skipper and his crewman) decided to stay onboard and wait for high tide (at 04h00 the following morning) when they would start their motors, once in enough water, and continue to their berth in Durban’s Port.

“If we had tried to pull them free of the sand bank we fear we may have caused damage to their large boat which has 2 inboard motors.

“The 3 ladies went home after we brought them ashore.

“FREE MOMENT is the same craft rescued when they became entangled in shark nets off-shore of Durban on the 18th June this year.

“In last nights operation the Police Port of Entry Security (Water Police) were requested to keep an eye on them until high tide freed them from the sand bank but at 04h00 this morning (Sunday, 31 July) the skipper was unable to get his craft free of the sand bank and he is now in fact high and dry on the highest pinnacle of the sand bank in the middle of the Port of Durban.

“NSRI Durban volunteers will launch again this afternoon at around 15h00 and attempt to help the skipper to get his craft free of the sand bank at todays high tide at 17h00.” 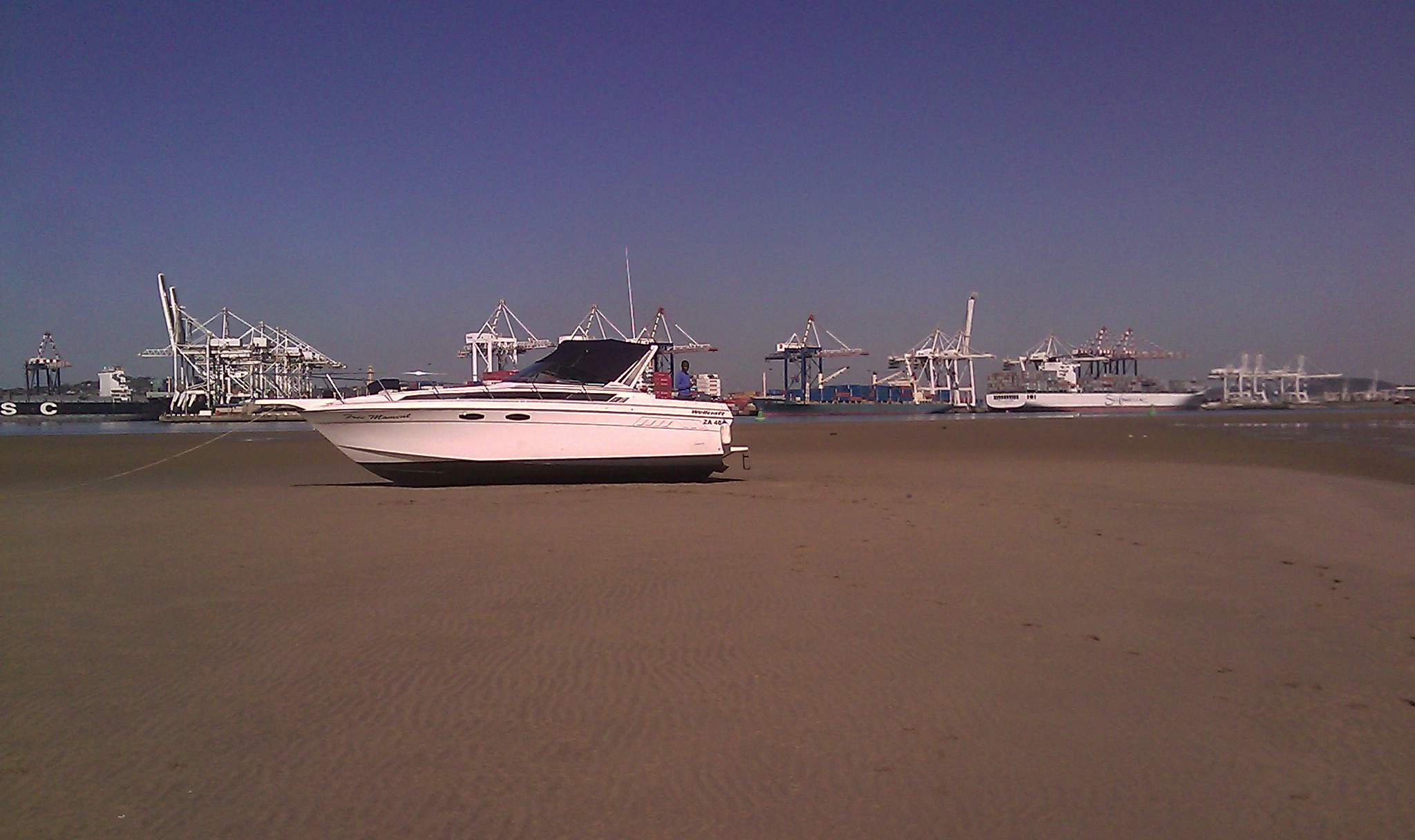