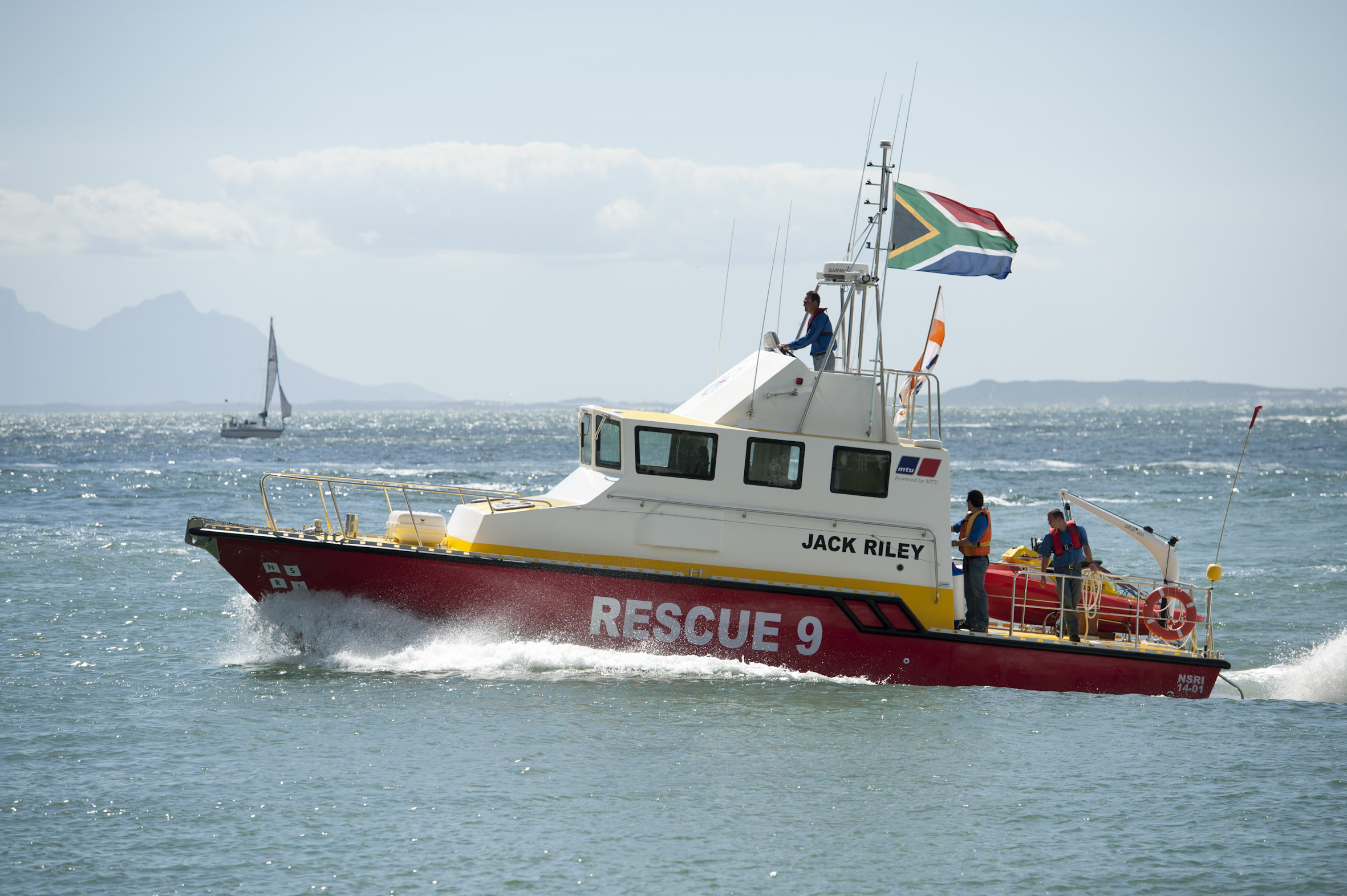 NSRI Simonstown volunteers were called out on Tuesday 8th March at 16:24 following a report from the fishing vessel Sirius, skippered by John Ross, saying that he had happened upon the 45 foot sports fishing boat Tassie, from Gordon’s Bay, experiencing engine trouble and requiring assistance.

It was also found that the boat Tassie had no communication devices on-board and thus the crew were unable to call for help. It was only when one of the crew of Sirius had noticed the men on Tassie frantically waving that they had gone to investigate.

John Ross alerted NSRI and then showed the 4 men how to disconnect their engines hydraulic system and how to rig an emergency steering.
Sirius accompanied the casualty boat while they made slow progress towards land.

Our NSRI boat from Simonstown, Spirit of Safmarine III, rendezvoused with the casualty craft 15 nautical miles off-shore and a tow-line was rigged and we towed them towards their home port of Gordon’s Bay.
NSRI Gordon’s Bay then launched their deep sea rescue boat Jack Riley, and rendezvoused with the rescue effort in False Bay, to take over towing Tassie to Gordons Bay.

John Ross and his crew on Sirius are commended for their efforts.