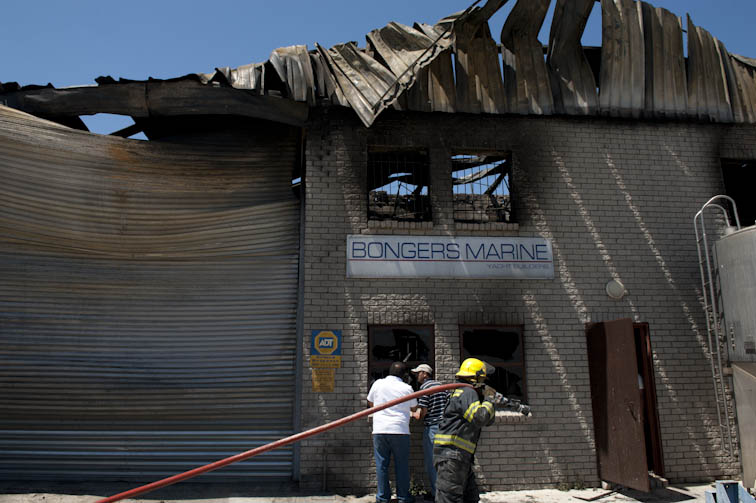 Excerpt from Independent Online : “A fire has gutted a multimillion-rand yacht building factory and several workshops in the latest blaze to rip through Cape Town in the past week.

The fire began early on Monday morning at a Wasteman recycling processing plant in Osmond Street in the Helderberg Industrial Park alongside the N2 in the Strand.

Bongers said numerous vessels inside the factory had been “reduced to a pile of ash”, including two 14m catamarans and a 13m powerboat.

Also inside the factory was an NSRI rescue vessel, the Sanlam Rescuer, which had been withdrawn from service in Gordon’s Bay to be refurbished, and which had been due to be deployed off Mossel Bay.

Bongers said a woman and her daughter, who had been in a steel construction factory next door, had been lucky to escape with their lives, as the fire had moved southwards from his factory, fanned by the strong wind.

By 9am firefighters had extinguished the blaze and the smoke subsided enough to reveal hundreds of square metres of mangled factory roofing and equipment.